Your Baby Is Listening – Even Before Birth! 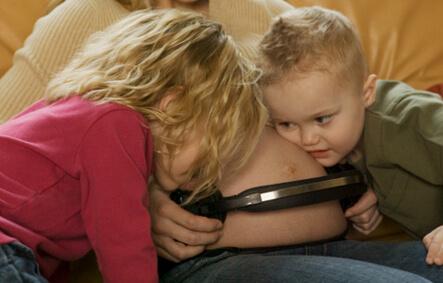 Dr. Greene’s thoughts on a new study showing babies are listening even before birth…

I love the results of a new study on babies and languages that shows the innate ability our babies have to fit in with their environments. A group of scientists analyzed the cries of French and German newborns. They determined that even at the tender age of 3 days, your baby will try to communicate by mimicking the sound patterns of your language.

The French babies in the study tended to end their cries on a high note, just as the French language frequently ends a sentence or phrase. German babies tend to replicate the lower notes of German phrases. The study shows that babies are listening to the world around them, learning even in the womb the best ways to communicate with their future caregivers.

What a wonderful revelation for all those parents who spend time reading to their children while they’re still in the womb! While the researchers suggested that the babies’ attempts to replicate the sounds they hear of their native language in order to connect with their mothers, this is a great opportunity for dads to make a connection as well. Mom and Dad can both talk to their baby in the womb to foster the bond among the whole family.