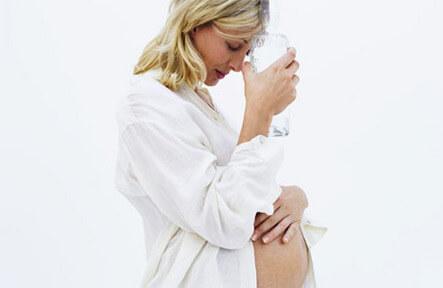 Autism diagnoses have increased rapidly over the last two decades; so has the number of women taking antidepressants during pregnancy – from somewhere between 1% and 6% in the early 1990s to 7-13% more recently. The most common antidepressants alter serotonin levels; children with autism tend to have atypical serotonin levels in their blood. Antidepressants are known to affect our brains and to cross the placenta at a time when a baby’s brain is developing. We know that serotonin is critical in brain development, especially in the first trimester.

Researchers at Kaiser Permanente in Northern California decided to take a close look whether prenatal serotonin-affecting antidepressants might increase the risk of autism, and might be a force behind the rise of autism over the last decades. Their answer was yes and no. And even if you took these antidepressants throughout pregnancy and you had a child diagnosed with autism, it’s likely that the antidepressants were not the cause in your particular case.

Kaiser accounts for about 25% of all babies born in 14 northern California counties – and they keep a good electronic database of those they care for. The researchers scanned the records of all babies born at a Kaiser from January 1995 to June 1999 to find all those subsequently diagnosed with any type of autism and compare them to a control group.

Half Full or Half Empty?

Autism of some kind is now diagnosed in about 1% of kids (or perhaps between 1% and 2%). Doubling 1% would take this to 2%, tripling to 3%. Looking at these same numbers the other way, in general there is about a 99% chance of having a child never diagnosed with any type of autism. For those taking antidepressants, if this link proves true the odds may slip slightly to 98% or 97% — important, but not a cause to make rash decisions.

While the data suggests that prenatal antidepressant use and having a child with autism happen together a bit more frequently, it doesn’t prove the medicines are the cause.

Autism and Maternal Antidepressant Use: Not the Culprit

When possible, it’s wise to avoid exposure to unnecessary medications and other new chemicals while pregnant and during the months before conceiving. Look for other, time-tested ways to get the job done, whatever it may be. For depression this might include cognitive behavioral therapy, psychotherapy, support groups, exercise or time outdoors. For cleaning it might include vinegar and baking soda.

But for some women, the risks of not taking antidepressant medications may be greater than the risk of taking them. I’m grateful for this study, because having the numbers helps to weigh the options.