Zoster (chickenpox): A-to-Z Guide from Diagnosis to Treatment to Prevention

Zoster (Chickenpox) is one of the classic childhood diseases. Since the introduction of the chickenpox vaccine, it is becoming less and less common. 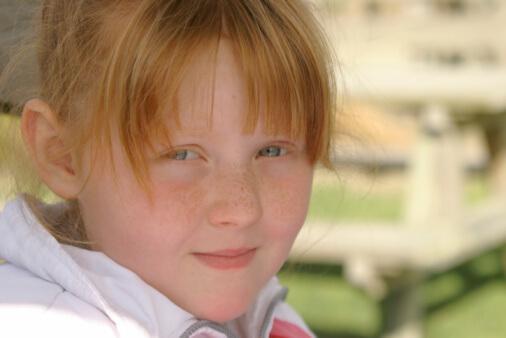 Chickenpox is caused by the varicella-zoster virus, a member of the herpesvirus family.
It is one of the most contagious childhood illnesses. The disease is usually mild, although serious complications sometimes occur.

Some of the complications include impetigo (especially when the pox are scratched), hepatitis, pneumonia, encephalitis, meningitis, Reye syndrome, and severe invasive streptococcal infections.

Before the vaccine, it was a standard feature of childhood. Still, most cases occur in children younger than ten. The illness is most common in the late winter and early spring.

Complications are more common in those who are immunocompromised either from an illness (e.g. AIDS) or from a type of medicine (e.g. chemotherapy). Some of the worst cases of chickenpox have been seen in children who have taken steroids during the incubation period, before they have any symptoms. These children are usually being treated for asthma.

Most children with chickenpox act sick with vague symptoms, such as a fever, headache, tummy ache, or loss of appetite, for a day or two before (and 2-4 days after) breaking out in the classic pox rash.

The average child develops 250-500 small, fluid-filled blisters over red spots on the skin (“dew drops on a rose petal”). The blisters often appear first on the face, trunk, or scalp and spread from there. After a day or two, the blisters become cloudy and then scab. Meanwhile, new crops of blisters are springing up in groups. The pox often appear in the mouth, in the vagina, and on the eyelid.

The pox are worse in children who have other skin problems, such as eczema or a recent sunburn. Some children get more than 1500 pox.

Some children who have had the vaccine will still develop a mild case of chickenpox. They usually recover much quicker and only have a few pox. These often do not follow the classic descriptions of the disease.

People who have chickenpox become contagious 24 hours (and sometimes as long as 48 hours) before breaking out. They remain contagious while uncrusted blisters are present, usually one week or less after breaking out.

Chickenpox is extremely contagious, and can be spread by direct contact, droplet transmission, and airborne transmission.

Even those with mild illness after the vaccine may be contagious.

How long does chickenpox last?

Most children feel better, have scabs on all of the pox, and are safe to return to school or other activities within one week of the beginning of the rash. The pox may remain visible for days or weeks after that, but most of them will not scar unless bacteria are introduced during scratching.

Once someone catches chickenpox, the viral infection usually lasts for a lifetime, with the virus kept in check by the immune system. About 1 in 10 adults will experience shingles, a very painful rash, when the virus re-emerges during a period of stress for the body.

How is chickenpox diagnosed?

Chickenpox is usually diagnosed from the history and the classic rash. Blood tests and tests of the pox themselves can make the diagnosis if there is a question.

How is chickenpox treated?

Historically, treatment has been aimed at keeping children comfortable while their own bodies fight the illness. Aveeno Bath (or other oatmeal baths) in lukewarm water provides a crusty, comforting coating on the skin. An oral antihistamine will help to ease the itching, as will topical lotions such as Calamine or Sarna. Remember to trim the fingernails short to reduce secondary infections and scarring.

Safe antiviral medicines have been developed. To be effective, they usually must be started within the first 24 hours of the rash. For most otherwise healthy children, the benefits of these medicines may not outweigh the costs.

However, for those with skin conditions (such as eczema or recent sunburn), lung conditions (such as asthma) or those who have recently taken steroids, the antiviral medicines may be very important. The same is true for adolescents and for children who must take aspirin on an ongoing basis.

Some doctors also give antiviral medicines to people in the same household who subsequently come down with chickenpox. Because of their increased exposure, they would normally experience a more severe case of chickenpox.

How can chickenpox be prevented?

Because chickenpox is airborne and is so contagious before the rash appears, it is difficult to avoid. It is even possible to catch chickenpox from someone on a different aisle in the supermarket, who doesn’t even know they have chickenpox!

A chickenpox vaccine has been available since 1995. It is about 100 percent effective against moderate or severe illness, and 85 or 90 percent effective against mild chickenpox. The Advisory Committee on Immunization Practices (ACIP) has recently recommended a two-dose vaccination series for varicella. They recommend a first dose administered at age 12-15 months and a second dose at age 4-6 years. Therefore, many children, adolescents, and adults who received only one dose based on previous recommendations are now receiving a “catch up” vaccine.

Why the change? A randomized clinical trial of 1 dose versus 2 doses of varicella vaccination showed that the estimated vaccine efficacy of 2 doses for a 10-year observation period was 98.3%, significantly higher than the efficacy of 1-dose vaccination.