Tay-Sachs Disease: A-to-Z Guide from Diagnosis to Treatment to Prevention

The great majority of those with Tay-Sachs disease have the infant-onset form. Very rarely the symptoms begin later, even into adulthood. 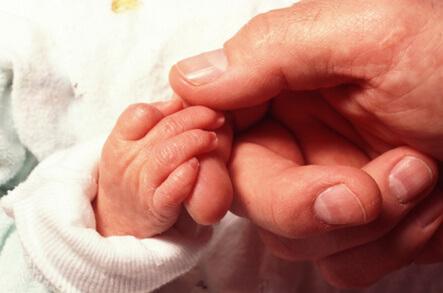 The story of Tay-Sachs disease is one of heartbreaking poignancy. The magical experience of a wonderful, normal baby gives way to a desperate, heroic challenge of love and loss as developmental milestones begin to slip away.

The normal human lifespan, from infancy to senility, is compressed into an exquisitely brief window.

What is tay-sachs disease?

Tay-Sachs disease is a fatal genetic disease. A fatty substance called GM2 ganglioside gradually accumulates in the brain. As the brain cells become engorged with this fat, mental and physical abilities disappear, never to be regained.

The great majority of those with Tay-Sachs disease have the infant-onset form. Very rarely the symptoms begin in later childhood, or even in the twenties or thirties.

Who gets tay-sachs disease?

This is a recessive genetic disease. Both parents must be carriers for the child to be affected. When both parents are carriers, about one fourth of their children will have the disease. Half will be carriers.

What are the symptoms of tay-sachs disease?

Most babies with classic Tay-Sachs disease are born happy and healthy, a dream come true. The first 5 or 6 months or so of the first year have all of the ups and downs familiar to most parents: smiling, crying, sleepless nights, tender late-night feedings, learning to roll over, the adventure of starting solids, lighting up when the parents walk in the room, laughing with delight, and cooing peacefully.

Then, at about 5 or 6 months of age, the baby begins to make less and less eye contact with the parents. There is an exaggerated startle response to noise. In retrospect, many parents recall that their baby had always been sensitive to loud noises.

The babies, who had been developing normally, now begin to lag behind. They still grow and develop, but the milestones all come a bit late. This is usually when parents worry that something is wrong.

They usually learn to stand, but for these babies this is the pinnacle, the peak.

By the first birthday, when most parents of other children are celebrating achievement, these parents are grieving loss. By now their babies have lost the ability to stand, to sit, and even to vocalize.

From there, the deterioration is relentless. Seizures begin in the second year. Before long, the ‘toddler‘ is completely blind, deaf, and unable to speak. Progressive spasticity is interrupted by convulsions. The spasticity gives way only as the muscles atrophy. Paralysis sets in. Some can’t even swallow.

Even with the best of care, most have died by the time their peers are skipping off to kindergarten. Death usually comes from inhaling vomit and developing pneumonia.

Far less common is the juvenile form of Tay-Sachs. Here, children appear normal until middle childhood. Clumsiness is the usually the first sign, but this is often dismissed until it can’t be ignored. Coordination continues to slip away even as uncontrolled, unwanted movements begin. Children lose the ability to speak while they are still grappling with their loss, often before the seizures begin. Eyesight darkens very gradually. Most die before their peers have gotten their driver’s licenses.

Even rarer is the adult form, which doesn’t begin until the twenties or thirties.

How long does tay-sachs disease last?

This is a relentless juggernaut, killing most infants by age 3 to 5 and most older children by age 15.

How is tay-sachs disease diagnosed?

The disease and the carrier state can be diagnosed with a simple blood test.

How is tay-sachs disease treated?

Tay-Sachs disease is treated with supportive care for the child and for the family. Sadly there is still no cure.

How can tay-sachs disease be prevented?

Carrier tests, 1st trimester prenatal tests, and screening tests are easily available and inexpensive. Anyone who may be related to the Ashkenazi Jewish population should know his or her carrier status.

Because of aggressive carrier screening in the Ashkenazi Jewish population, the incidence of Tay-Sachs in Jews of North America and Israel has plummeted. In these regions, Tay-Sachs is now most commonly diagnosed in Pennsylvania Dutch, Louisiana Cajun, and French Canadian populations. (Sutton VR. Obstet Gynecol Clin North Am 2002; 29:287–296 and Traubman, Tamara, “Tay-Sachs, the ‘Jewish Disease,’ Almost Eradicated”, Haaretz)