Sunburn: A-to-Z Guide from Diagnosis to Treatment to Prevention

Sunburn is visible radiation damage to the skin. Most of the damage is caused by UVB radiation, although UVA radiation can also contribute to the damage. 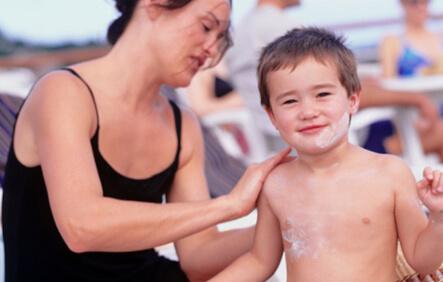 Even though skin cancer occurs in adults, the serious skin cancers are caused by the radiation damage (particularly the sunburns) that occurred in our youth. Similarly, adult cataracts can result from too much sun in the eyes during childhood.

Sunburn is visible radiation damage to the skin.

Most of the visible damage is caused by UVB radiation, although UVA radiation can also contribute to the damage. Radiation risk has increased in the modern era.

Children are at the highest risk. More than half of a lifetime’s sun exposure usually happens during childhood.

The lighter the complexion, the greater the risk of radiation burns from the sun. Higher elevation also increases the risk. Some medicines also make the skin more susceptible to damage.

UV radiation reflects off of snow, sand, water, cement, and even grass, increasing the potential for damage. People often feel safer on a bright cloudy day, but significant sun damage can still occur.

What are the symptoms of sunburn?

In mild sunburn, the skin is red, hot and painful. Usually, the symptoms are noticed 6 hours or more after the first exposure and peak within 24 hours.

Moderate or severe sunburn often begins the same way, but continues to progress –often peaking in the second 24 hours. Symptoms may include radiation-induced blistering of the skin, nausea, fever, chills, headache, and even heat stroke.

No – although the behavior leading to sunburn is often contagious.

How long does sunburn last?

The effects of each episode of this radiation damage, however, are long lasting. Each sunburn increases the risk of early wrinkles, premature aging, senile skin lesions, and skin cancers.

One of my college roommates met a tragic early death from malignant melanoma. He was a sports enthusiast who frequently spent hours unprotected in the sun — he always had a tan. Unfortunately, he’s not alone. The risk of developing malignant melanoma has more than tripled since 1980 — from one in 250 to one in 71. A person dies every hour from melanoma in the US. Skin cancer was once a disease of the middle-aged and elderly, but it is becoming a disease of people in their 20’s and 30’s. The skin damage that will result in melanoma most often happens during childhood — but kids have a hard time imagining 20 years in the future. It’s our job as parents to protect them. Who would have guessed that a cool hat could be a lifesaving gift for our kids!

How is sunburn diagnosed?

Sunburn is diagnosed based on the history and physical exam.

How is sunburn treated?

The radiation damage from sunburn is irreversible. No practical treatment exists.

Cooling the skin and keeping it from drying out can prevent further damage. Thus, cool compresses are the first line of treatment. Brief, lukewarm Aveeno baths may also be helpful. This can be followed by an alcohol-free moisturizer cream or lotion to prevent the skin from losing water. Vitamin E or Aloe can be helpful ingredients. Topical anesthetics do not provide much relief and can lead to unpleasant reactions.

Anti-inflammatory medicines, such as ibuprofen, can reduce redness and pain.

If there is blistering, fever, or dehydration, the child should see a physician for further evaluation and treatment. Sometimes topical or systemic steroids are needed. In very severe sunburns, children may need to be hospitalized.

How can sunburn be prevented?

Try to avoid the sun’s most intense rays by staying out of the sun during the middle of the day. And don’t be lulled into complacency by overcast days, since the sun’s harmful rays can get through the clouds. Be especially careful if you are around water, sand, snow, or any surface that will reflect and therefore intensify the sun’s rays. Remember, the sun’s rays are more intense the higher you get in elevation.

The AAP used to recommend not putting sunscreen on infants under six months of age. This is no longer the case, because the danger from sunburns outweighs the risk of sensitivity to sunscreens.

When purchasing sunscreen, select a PABA-free brand with an SPF of at least 15. In general, infants’ skin is much thinner and more sensitive to the sun than adults’ skin, even in individuals with darker complexions. The amount of sunscreen needed depends on how light the child’s complexion is and I would recommend using sunscreen with an SPF of 30 or greater for fair-skinned children. Sunscreen is most effective if first applied 20-30 minutes before sun exposure. Use sunscreen whenever you expect to be in the sun for thirty minutes or more, and re-apply after swimming. Even waterproof sunscreens should be re-applied every 80 minutes or so, after being in the water.

Parents often think to apply sunscreens to exposed areas of skin, such as the face, but feel safe about areas under the clothes. Ultraviolet radiation, however, can often penetrate clothes. Prolonged exposure can damage the skin. Typical cotton T-shirts may offer sun protection equal to only SPF 7.

One solution for long outdoor days: sunscreen under the clothes.

Sun protection depends on the fiber, weave, and fabric color. Sometimes a substance that blocks UV radiation is added to the fabric. The ultraviolet protection factor (UPF) of fabrics is similar to the SPF of sunscreens. A high UPF (40 to 50) is nice, because the ongoing sun protection is affected by stretching, shrinking, wetness, laundering, and the normal wear and tear of childhood.

Sunglasses protect children’s eyes from the UV rays and decrease the risk of cataracts in adulthood.

Most children love to be outdoors. By all means, take your children outdoors and enjoy. While you are giving your children a good time, though, you can also give them the gift of future good health by being careful. Protecting your children’s eyes from the dangerous rays of the sun and protecting their skin from sunburns is a gift that will last their whole lives.