According to the CDC, SIDS (Sudden Infant Death Syndrome) is the leading cause of death among babies from 1 to 12 months of age. 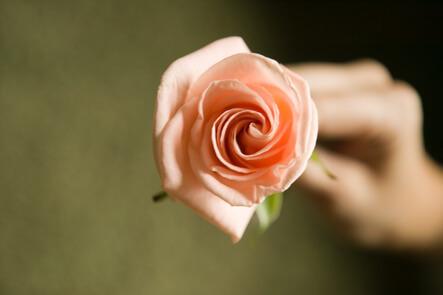 Everything dear to us causes pain. Becoming a parent opens up new landscapes within us: new hopes, fears, delights, and sorrows. There is no magic moment when you will stop worrying. Sometimes, even when we do everything right, babies die. The fragility and unpredictability of life underscore how precious each life is.

SIDS, or Sudden Infant Death Syndrome, is defined as the sudden, unexpected, and unexplained death of any infant or young child.

The peak period for SIDS is between two and four months old. It is very rare before one month of age, and at least 95 percent of all the cases have occurred before children reach six months old.

SIDS is more common in babies who sleep in warm environments, who are over-bundled, who sleep in rooms with space heaters, who are exposed to cigarette smoke, who sleep on soft surfaces, who do not use pacifiers, and those who sleep face down or in a prone position. The rate of SIDS is also higher in those babies who do not receive timely well-child care and immunizations.

Events that occur even before the baby is born affect the risk of SIDS. Anything that causes less oxygen to get to the baby in the uterus will increase his or her risk. On average, smoking during pregnancy doubles the chances, and the odds increase with each cigarette. Other drugs of abuse such as cocaine or heroin increase the risk by as many as thirty times.

Genetics also plays a large role. SIDS is more common in boys than in girls, and it is more common in some population groups (Black, Native American, Hawaiian, Filipino, Maori). Affected infants may have been born with immature brainstems, making it difficult for them to wake up when they are in trouble.

In one study of 35,000 healthy babies in Italy, the babies had EKGs performed in the first week of life. They were then followed for a year. Most of those who ended up dying of SIDS had an abnormality on their original EKGs (a prolonged QTc interval). Those with this abnormality were more than 40 times more likely than their peers to die from SIDS. These findings hold promise for future screening and prevention.

While parents often feel horribly responsible after SIDS, sometimes there is nothing they could have done to prevent it. There are many factors outside of our control.

The child’s death is the first symptom of SIDS. The great majority of the children who are discovered dead from SIDS are found face down.

SIDS is not believed to be contagious, but it underlines the fact that there is still much to learn about SIDS.

SIDS is a permanent tragedy.

By autopsy, and by ruling out other causes of death.

What a horror for any parent! When surveyed about what they would have appreciated in those chilling moments after the death, SIDS parents responded with several concrete requests they were often too stunned to make at the time:

These poignant requests underline the tragedy of SIDS.

Putting children to sleep on their backs lowers the risk of SIDS by about three times. Use firm bedding in a slightly cool room. Avoid cigarette smoke, and even anything that smells like cigarette smoke. Take your baby in for regular well-child visits and immunizations. Breastfeeding may also reduce the risk of SIDS, but the studies remain inconclusive.

The media often focus on “crack babies,” but tobacco use continues in approximately 25% percent of all pregnancies in the United States. Nicotine exposure is responsible for many more SIDS deaths than any other drug of abuse, including cocaine. Stopping smoking during pregnancy is an important step we can take to save infants’ lives.

SIDS is becoming quite rare in children who sleep on their backs and who are not exposed to tobacco.

The following are the safe bedding recommendations agreed upon by the U.S. Consumer Product Safety Commission, the American Academy of Pediatrics, and the National Institute of Child Health and Human Development:

I believe that parents who choose to sleep with their babies (a wonderful choice for many families) should be taught how to do it safely. Anything that makes parents more difficult to wake up or anything that hinders babies’ ability to breathe should be avoided.

Babies are safer sleeping next to someone who is aware of their presence and easily awoken. Usually, this is the mother. Fathers, siblings, and babysitters do not tend to wake up as easily when needed, though there are exceptions.

Whoever you are, don’t sleep with a baby if you are taking something (alcohol, antihistamines, or other drugs) that makes you less aware of the baby when you sleep. The same holds true if you are so sleep-deprived that you would have difficulty waking up if the baby were in need.

Whichever arrangement you choose, enjoy these unrepeatable months when your child is a baby, and learn what you can about what helps you and your baby to thrive.

There is no way to completely prevent SIDS. This uncertainty makes the deep love we have for our children all the more poignant.