Streptococcus: A-to-Z Guide from Diagnosis to Treatment to Prevention 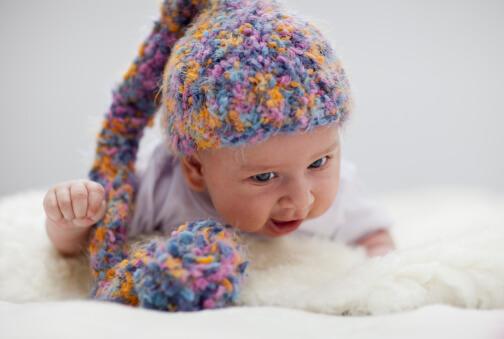 These tiny bacteria look like a harmless string of pearls–at least under a microscope. In people, they wear many faces: mild discomfort, minor inconvenience, or searing tragedy. Strep bacteria are easily killed by common antibiotics if the illness is identified and treated in time.

There are hundreds of strains of streptococcus bacteria. Many important causes of infection by streptoccocci belong to either Group A or Group B. Group A beta-hemolytic streptococci (called “beta strep” by many parents) are among the most common disease-causing bacteria found in children and can cause an astonishing variety of diseases.  Although very sensitive to appropriate antibiotic therapy, if treatment is delayed or absent, very serious illness and even death can result. The seriousness of the infection depends on the underlying health of the child, the amount of bacteria involved, the location of the infection, and the virulence of the particular strain causing the infection. More than 100 different types of Group A beta strep have been identified. Group B streptococcus is a major cause of infections in newborns. The spectrum of the disease in newborns is quite broad, ranging from mild, asymptomatic infections all the way to neonatal death. (It frequently causes pneumonia.) The overall mortality rate is 10 to 20 percent. The most serious cases generally occur in premature infants, babies born to actively sick mothers, and babies who are not diagnosed and do not receive early antibiotic treatment. A pregnant woman can save her baby from illness or even death by finding out whether she’s carrying Group B strep, and being treated if she is.

Virtually everyone can get minor Group A strep infections. The prevalence of severe Group A strep has waxed and waned over the years. In the past, scarlet fever was a terrible scourge. The 1980s saw a resurgence of strep-induced rheumatic fever. During the 1990s there has was a rise of severe invasive Group A strep. Group B strep, a common inhabitant of birth canals, is present in about 20 percent (perhaps as many as 40 percent) of pregnant women. At least 98 percent of the babies born to carriers will not get Group B strep disease! Still, somewhere between 0.5 and 2 percent of all the babies born to carriers will be affected. Several factors greatly influence the likelihood of your child being in this smaller group. Group B strep is eight times more common in premature babies than in babies born at term. Also, as one might guess, the length of time between when the bag of water breaks and when the baby is born is an important factor. If the membranes are ruptured less than 19 hours, Group B strep is very uncommon. It is more than 25 times more common when the membranes have been ruptured for 30 hours. Newborn disease is also more common if Mom is very ill, with a high fever, a tender uterus, and a high white blood cell count.

What are the symptoms of streptococcus?

Common Group A strep infections include those in the upper respiratory tract (often strep throat); scarlet fever (which includes skin involvement and can be very mild or extremely serious); strep pneumonia (which can also be quite serious–and is what is reported to have killed Muppets creator Jim Henson); strep skin infections (such as impetigo); strep vaginitis in prepubertal girls; and strep bacteremia (or strep in the bloodstream), which can then lead to meningitis, brain abscess, bone infections, joint infections, or even endocarditis (an infection of the valves of the heart). Severe, invasive Group A strep (flesh-eating strep) is quite rare, but is the most feared. Group B strep might be suspected because of temperature instability (too high or too low), poor feeding, lethargy, or breathing difficulties.

Strep is contagious until antibiotic therapy has been in place for at least 24 hours. It is spread by close contact, both via the respiratory droplets and by touch.

How long does streptococcus last?

The length depends on the type and location of the infection. It varies widely. Most Group A streptococcal infections are of short duration and relatively mild, but sometimes they are rapidly progressing, even life-threatening infections.

How is streptococcus diagnosed?

The presence of strep can be confirmed with a sample from the site of the infection or from a blood test.

How is streptococcus treated?

Strep can cause devastating infections, but if treated early it is uniformly sensitive to antibiotics such as the penicillins.

How can streptococcus be prevented?