Smallpox: A-to-Z Guide from Diagnosis to Treatment to Prevention

Smallpox is one of the classic childhood viral illnesses. 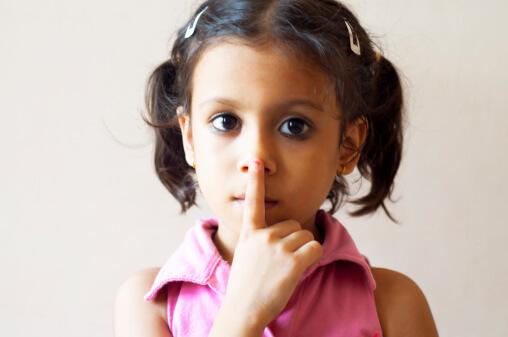 Smallpox long reigned as the king of dreaded contagious diseases. It killed more people than any other virus in recorded history — about 500 million people in the 20th century alone. For about 20 years, it seemed to have vanished, no longer haunting the dreams of most people. Many had never even heard of it. Unfortunately, terrorist’s suicidal viciousness and new biological attacks have brought the threat of this virus back to the future.

Smallpox is one of the classic childhood viral illnesses. The first written descriptions of it are from early China where it was described as a disease from the west. Even before that, smallpox left physical evidence — it has been found in ancient Egyptian mummies. The disease later spread as part of the great Islamic expansion across North Africa and into Spain. The ill-fated travel of the Crusades then brought it to the rest of Europe where for many generations it caused about 10 percent of all deaths every year.

European explorers then brought it to the American colonies, where epidemics were devastating to colonists – but especially to Native Americans. Virus-contaminated blankets may have been given to natives as intentional acts of biological warfare. Later, George Washington believed that British troops intentionally infected colonial forces with it.

Eventually, almost everyone on earth got infected. This airborne disease was so contagious that it became a standard feature of life on our planet. Most people recovered, but the overall mortality rate when infected was 1 to 30 percent — and even higher during some epidemics.

Today we are living in a New World, not unlike the one discovered by the European explorers. We live in a world with little immunity to smallpox, and where people might be inhumane enough to intentionally spread it. Though it would still be wildly contagious — spreading without discrimination across national borders — there is hope.

In 1967, the World Health Organization (WHO) began an intense campaign to eradicate smallpox from the planet through quarantine and vaccination. People all over the world lined up to get the shot on their upper left arm. All known contacts of people with the virus were vaccinated or revaccinated immediately, and quarantined if they developed a fever within the next 17 days.

The last case of wild smallpox occurred in 1977. The last reported case of non-wild infection occurred in 1978 when two people contracted the disease after exposure to the virus in a lab.

People with the illness got sick suddenly, with a high fever, headache, and marked fatigue. Nausea, vomiting, abdominal pain, back pain, and muscle pains were also common. A few days later, pox (which looked like “pearls of pus”) appeared – mostly on the face and legs – and the fever fell. The pox usually lasted 10 or 12 days, with the fever often returning. (Red Book 1(591), 2006)

Symptoms usually develop 7 to 17 days after exposure. The illness then usually lasts about 2 weeks.

How is smallpox diagnosed?

How is smallpox treated?

In the past, the goal of smallpox treatment was to support people until the disease had past. If smallpox occurs again, other treatments may be tried.

Also, giving the smallpox vaccination within 1-4 days after exposure to smallpox may prevent illness, or at least make it less severe.

While studies are very limited, some antiviral medications such as Cidofovir, may have a role in treating smallpox (Red Book, 1(591) 2006).

How can smallpox be prevented?

On May 14, 1796, Jenner took material from cowpox on the hand of milkmaid Sarah Nelm and inoculated it into the arm of young James Phipps. Jenner then deliberately exposed Phipps to smallpox – and Phipps didn’t get it! With the solid success of using cowpox (the virus is called vaccinia), “vaccination” was born.

The success was so dramatic that 10 years later President Thomas Jefferson predicted that one day people would only know about the dread of smallpox from reading history books. And there was a time that it looked as if Mr. Jefferson had been proven right. Vaccination was so successful that smallpox was considered extinct. The United States stopped routine childhood immunization for smallpox in 1972. Health care workers stopped receiving the vaccine in 1976, and in 1995, the United States halted routine vaccination of US military personnel.

The traditional vaccine is still available for those at high risk for infection and for use during a small pox outbreak. In addition, a newer smallpox vaccine has been developed by a Danish pharmaceutical company, Bavarian Nordic, for use in persons with weakened immune systems. Their vaccine, Imvamune, is authorized by the US government to be used in persons with HIV, atopic dermatitis, and other weakened immune systems in the event a small pox outbreak.

Though the likelihood of wild smallpox infection remains exceedingly remote, the recent heightened concern regarding smallpox as a biological weapon has resulted in renewed public awareness of this disease.

Today, if smallpox is intentionally spread, the cornerstones of prevention are quarantine and vaccination. The US government has stockpiles of smallpox vaccines thought to be sufficient to protect the entire American public in the event of a smallpox bioterrorism attack.