Scabies: A-to-Z Guide from Diagnosis to Treatment to Prevention 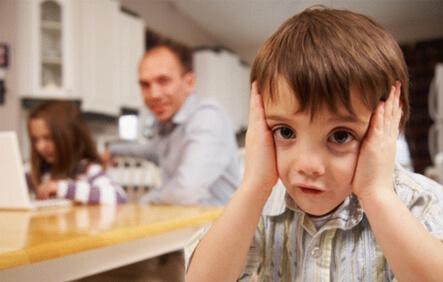 A child has an itchy rash. Someone has called it eczema, or something like that, and a cortisone cream was prescribed. But the itching never improved. Or perhaps your child has no rash at all, but scratches relentlessly. Either way, perhaps the child has undiagnosed scabies.

Scabies are tiny mites that are quite common and can infest the skin. Itching is caused by a normal allergic reaction to the mites, their eggs, and their feces. Itching may be quite intense, and often appears before any visible sign of infestation.
The adult female mite is the size of a pinpoint and is barely visible to the unaided eye. She has four sets of legs on a round body covered with brown spines and bristles. When she lands on someone’s skin, she burrows underneath the outer layer within 30 minutes, usually without being noticed. Every day she extends her burrow by up to 1/4 inch horizontally under the surface of the skin. Along the way, she lays little oval eggs, and also leaves many tiny fecal droppings. She will survive for about a month, and then die within the burrow.
The eggs hatch 3-5 days after being laid. The little larvae squirm through the burrow back towards the skin surface. They reach maturity in 2-3 weeks. They mate as soon as they find partners, and the pregnant females each start new burrows.
Usually the person doesn’t suspect any problem for about four weeks, while the mites burrow and reproduce, without causing any symptoms. Eventually, an allergic response develops in the host person. If a healthy person has had scabies before, the allergic response begins within minutes, rather than weeks. On the other end of the time spectrum, if a new host’s immune system is suppressed, the allergic response may take months rather than weeks.
Chiggers and the mites that cause mange in dogs may also cause mite infestations in children.

Children are the most vulnerable, but anyone can get them. Whenever a child develops intense itching, especially at night, the possibility of scabies should be considered.

What are the symptoms of scabies?

Intense itching, especially at night, is the hallmark symptom. It may be present before any other symptom.
Soon, 1-2 mm raised red bumps typically appear (they often look like pimples). Sometimes they are crusted, scaling, or ulcerated. Occasionally, there are blisters or hives. Threadlike burrows are sometimes visible under the skin. After several weeks or several months, a widespread eczema-like rash may camouflage the original problem. The scabies rash is sometimes confused with drug reactions, eczema, seborrhea, chicken pox, and other viral rashes.
Scabies like to burrow in the web spaces of the fingers, the creases of the wrists, the armpits, the ankles, the feet, the genitals, and the nipples. They can occur anywhere on the body, although the face and neck are usually spared.

Scabies is highly contagious. Spread of the mites usually occurs directly from person to person. The greater the extent and duration of touch, the more likely the mites are to spread.
Catching scabies from objects (fomites) is far less common, but the mites can live in the absence of a person for 48 to 72 hours. Clothing and bedding that may be contaminated should be washed in hot water. When this is not possible, items should be left in a sealed plastic bag for 7 to 10 days.

How long does scabies last?

The scabies infestation usually lasts until treated. People are usually no longer contagious within 24 hours of treatment.
Even after successful treatment, the dead mites, dead eggs, and fecal material will remain in the skin for 2 to 4 weeks (until the skin grows out). Thus, intense itching is expected to continue. Antihistamines (especially at night), topical steroid creams, and the liberal use of moisturizers will often help. Sometimes antibiotics are needed, if scratching results in a bacterial infection. If the rash continues to spread after treatment, or if itching persists for longer than 2-4 weeks, reexamination and/or retreatment may be necessary.

How is scabies diagnosed?

Scabies is usually diagnosed by the history and physical exam. The diagnosis can be confirmed by examining skin scrapings under a microscope. Mites and their eggs are visible under the microscope.

How is scabies treated?

Most cases of scabies are completely eradicated with a single overnight application of an anti-scabies cream available by prescription. It should be massaged into the skin from the scalp all the way to the soles of the feet, and then thoroughly rinsed off 8-14 hours later. Sometimes a second application is prescribed one week later. All family members, babysitters, and close physical contacts should be treated. Usually, a 2-oz tube will treat one adult. In pregnant women and infants under 2 months, a gentler (and smellier) ointment is often used nightly for 3 to 5 days to control the scabies infestation.

How can scabies be prevented?

Scabies infestations result from close physical contact, not from dirtiness or poor hygiene. Treat all contacts aggressively now, rather than waiting for the infestation to spread any further. Avoiding contact with infected individuals is the best way to prevent an infestation.