Rotavirus A-to-Z Guide from Diagnosis to Treatment to Prevention 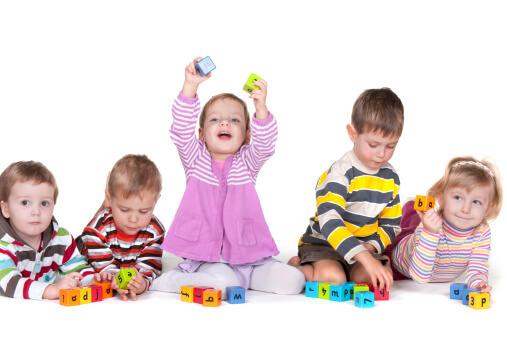 Rotavirus is extremely contagious. Daycares, preschools, and homes with young children are invisible forests of infection. The living, spreading virus remains active on human hands for at least 4 hours, on hard dry surfaces for 10 days, and on wet areas for weeks! Want a good reason to carry a little bottle in your purse, glove compartment, or pocket? Do you dislike vomiting and feeling nauseated? Alcohol-based instant hand sanitizers kill rotavirus in seconds.

Rotavirus is a global problem. Until the vaccine, rotavirus was the leading cause both of routine vomiting and diarrhea illnesses, and of severe, life-threatening diarrhea in every country in the world.

Everybody. Until recently almost every child on the planet became infected by age 5. The older and healthier the child is when infected, and the fewer viral particles swallowed, the milder the disease.

The typical story is of a child between the ages of 3 months and 2 years. On average, those in daycare and those who are not breastfed tend to get sick at the earlier end of that spectrum, when they are more vulnerable.

Re-infections are common, but usually not as severe. One third to one half of exposed adults will get a mild infection when exposed to an ill child.

Most cases occur between November and May in the temperate climates of the northern hemisphere. In the US, the virus often moved across the country in a wave, starting in the southwest in November or December and ending in the northeast in April or May.

In the developed countries, the health-care system protects most children from the worst ravages of this disease. Still, in the US rotavirus was responsible for more than 3.5 million diarrhea illnesses, half a million physician visits, 50,000 hospitalizations, and 20 tragic deaths each year. Many places in the world are not so fortunate.

What are the symptoms of rotavirus?

The infection usually begins with a mild to moderate fever. Soon the little one begins to vomit and has a nasty tummy-ache. The vomiting and fever go away after a day or two, followed by watery diarrhea that lasts from 3 to 9 (usually 5 to 7) days. Most of the time, kids recover with little difficulty.

Yes, it is extremely contagious. Only a very few particles are needed to transmit infection. They are found in the stool in very high concentrations, beginning before the illness. They are also found throughout the environment wherever young children spend much time, especially during the winter months.

How long does rotavirus last?

Most children develop symptoms within 48 hours of swallowing the virus. Symptoms are usually over within 9 days, and sometimes sooner. High concentrations of virus remain in the stool for 10 to 12 days after the symptoms begin in otherwise healthy children.

How is rotavirus diagnosed?

The diagnosis is often based on the history and the physical exam. Specific tests are available if the diagnosis is not clear. Other diagnoses are likely whenever there is persistent high fever, bile in the vomit, or blood or pus in the stool.

How is rotavirus treated?

There is no specific treatment for rotavirus. When children are able to tolerate it, active culture yogurt or other sources of beneficial bacteria can decrease diarrhea and speed resolution of rotavirus infections.

How can rotavirus be prevented?

The virus is spread primarily via the fecal-oral route. Invisible viral particles from the stool hide on hands, toys, and surfaces. From there, they make it into someone’s mouth.

Children whose stool overflows diapers or toilets should be kept out of day cares and schools. General fecal-oral and fomite precautions also decrease the spread of rotavirus. Every child eventually gets it, but cleaning and hand washing can delay infections and make them milder and briefer.

Eating active culture yogurt or other sources of beneficial bacteria can also minimize rotavirus infections. Of its many benefits, Lactobacillus is most effective at preventing and treating rotavirus and other forms of viral gastroenteritis.

In February 2006, the FDA approved a new vaccine for rotavirus. It is given orally to children starting at 2 months

of age. This vaccine has been shown to significantly reduce severe and life-threatening cases of rotavirus.