Pneumonia: A-to-Z Guide from Diagnosis to Treatment to Prevention

The word pneumonia sounds alarm bells in many parents, but the great majority of pneumonias in children & adolescents are mild or easily treatable at home. 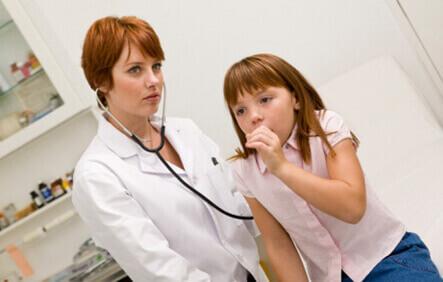 The word “pneumonia” sounds alarm bells in many parents. It is understandably disturbing because some pneumonias are quite serious, particularly in those whose immune systems are vulnerable (newborns, the elderly, and people with HIV). The good news is that the great majority of pneumonias in children and adolescents are mild or easily treatable at home.

A variety of viruses, bacteria, and other organisms can cause pneumonia. Not all pneumonias, however, are infections. GE reflux, foreign bodies, smoke inhalation, or harsh fumes can all cause pneumonias as well.

Children who are exposed to inhaled irritants, such as tobacco smoke or toxic fumes, are at a higher risk of developing pneumonia.

Most kids who get pneumonia have a cold or other viral upper respiratory infection first. For this reason, most pneumonia occurs during cold and flu season. The respiratory viruses interfere with the lungs’ normal defense mechanisms. The same viruses (adenovirus, RSV, influenza, parainfluenza [croup]) can spread into the chest. Alternatively, pneumonia-causing bacteria can invade the lungs (pneumococcus, streptococcus, staphylococcus, Haemophilus influenzae).

Other childhood viral infections such as chickenpox, measles, rubella, herpes, and mono can cause pneumonia directly.

Viral pneumonias are fairly common. They peak during the toddler years, and become a bit less common each year.

Bacterial pneumonias are less common. Most occur in children with cystic fibrosis or an underlying immune problem.

All children who get two or more pneumonias within one year should have their immune system and lung anatomy evaluated by their doctor, to ensure they have no underlying illness putting them at greater risk for pneumonias.

Viral pneumonias usually begin with several days of cold symptoms, especially a runny nose and a cough. The cough deepens, the breathing speeds up, and the child acts sicker. There may be signs of respiratory distress, including flaring of the nostrils or retractions (pulling in on the muscles between the ribs) with breathing. There is often wheezing and a fever.

Most pneumonias are contagious.

The length of the pneumonia depends on the specific organism causing it. Some pneumonias last as little as several days, although two to three weeks is more common. The cough can last even longer.

The diagnosis is usually based on history, physical examination, and chest x-ray. If a bacterial pneumonia is suspected, appropriate cultures of the sputum and blood are also important.

All those with breathing difficulties should have the level of oxygen in their blood measured and should receive breathing support, which might include oxygen or nebulized bronchodilator medications (such as albuterol).

Generally, cough suppressants are not wise during pneumonia. The body needs the cough to protect the lungs. We all know how difficult it is to have a child blow his nose to clear mucus from his body. A child’s cough is a powerful tool for moving mucus and clearing an infection from the lungs.

Vaccines are available against some common pneumonias, including pneumococcal, Haemophilus influenza (HIB), measles, and the flu.

Beyond this, the same measures proven to help prevent colds and other upper respiratory infections can also prevent many pneumonias.

Last medical review on: October 29, 2013
About the Author