Motion Sickness: A-to-Z Guide from Diagnosis to Treatment to Prevention

Motion sickness can result when there is a mismatch between different systems. The brain wants the body to take a break until it can figure things out. 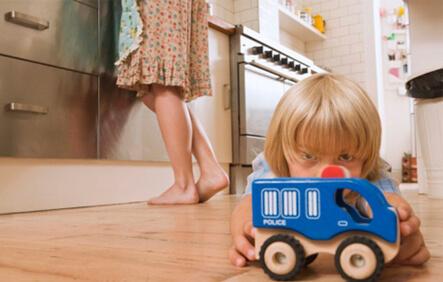 What is motion sickness?

Our bodies have wonderful mechanisms for sensing and making sense out of motion. There are several important motion-sensing parts of the body. The semicircular canals of the inner ear are like miniature levels that orient the head in space. The eyes also constantly update the brain with information about motion. In addition, the nerves in our joints, especially the ankles, knees, and spine, are motion detectors. Even the light touch sensors of the skin can detect our movement in the air.

Normally, these different sensors provide our brains with a coordinated, immediate sense of how our body is moving, and how the brain should respond.

Motion sickness can result when there is a mismatch between these different systems. If the brain gets conflicting information from the ears and eyes or joints, the histamine receptors in the vomiting centers of the brain may be stimulated to slow down the movement of the GI tract. Even the sight of food can be unpleasant. The brain wants the body to take a break until it can figure things out.

Under the right circumstances, anyone can experience motion sickness. Some people are more susceptible to it than others. It tends to be worst on first boat trips or plane rides or space voyages, before the brain has a chance to get used to the new sensations. Sometimes a previous bad experience will trigger a new bout of motion sickness on an even gentler trip. Even anticipation of a ride can trigger symptoms. Either way, motion sickness tends to improve with age, and with experience.

Children in the back seat of the car are more susceptible when their height limits their view to seemingly stationary objects in the car. Reading also makes carsickness worse by focusing the attention on something that does not appear to be moving. The inner ears sense motion, but the rest of the body does not.

Some people get vertigo when standing over great heights, because the visual cues of normal body swaying are lost over the great distances.

Some people get queasy, or at least a funny feeling in the stomach, when watching intense motion on a movie screen. The eyes suggest movement; the ears and joints and skin do not.

Mild motion sickness usually begins with a funny feeling in the stomach. If the mismatch in motion signals is not resolved to the brain’s satisfaction, the symptoms may progress to include sweating, yawning, crying (in babies), increased saliva, pallor, nausea, and vomiting. Some people also breathe more quickly. Some have a headache. Some even faint.

Somewhat. The nausea centers of the brain are more sensitive when others are vomiting.

The motion sickness lasts until soon after the motion has stopped, or until the brain has become comfortable with the motion.

Motion sickness is diagnosed by the history and if necessary with a physical exam.

Either stop the motion, or do what you can to help the motion make sense to the brain.

Sometimes fresh air and focusing attention outside of the vehicle can provide enough additional information to the brain to break the cycle of motion sickness.

Sometimes, it is best to stop the car or merry-go-round and take a break. Frequent stops can make a big difference. Distraction (perhaps from a song) can also help. Looking out at the horizon helps some people as well.

Height vertigo can often be treated by sitting down and by focusing on a nearby object. Queasiness when watching a movie can be lessened by moving with the image.

Some antihistamines can block the chemical signals of motion sickness. If this is a frequent problem for your child, talk with your health care provider about how and when to use these medications.

Planning ahead on trips can also help. Motion sickness tends to be worse on an empty or full stomach. A light snack before the motion can prevent some motion sickness.

Last medical review on: October 17, 2013
About the Author