Mononucleosis: A-to-Z Guide from Diagnosis to Treatment to Prevention

Many parents think of mononucleosis as a disease of teens and young adults. They don't know that young children are also commonly affected. 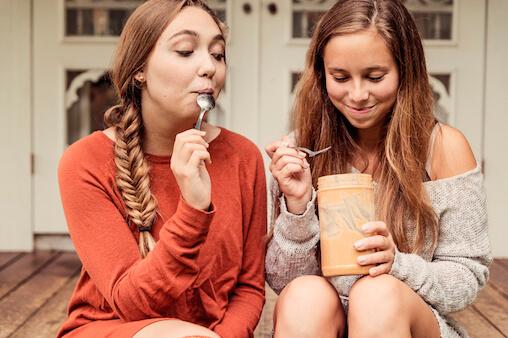 Mononucleosis has been nicknamed the “kissing disease,” many parents think of mono as a disease of teens and young adults. They don’t know that young children are also commonly affected.

One form of mono is seen almost only in young children: a few children with mono display the Alice-in-Wonderland syndrome – sizes, shapes, and distances appear distorted during the infection.

Mono is an illness that classically includes a sore throat, fever, swollen glands, and noticeable tiredness.

It is the most well known infection caused by the Epstein-Barr virus (EBV). EBV causes more than 90 percent of mono cases. Other organisms occasionally cause mono, including CMV, adenovirus, HIV, toxoplasma, rubella, and the hepatitis viruses.

Like the virus that causes chickenpox, EBV is a herpesvirus.

EBV infects more than 95 percent of the people around the world. The average age of infection varies from place to place (in Africa, most are infected by age 3 to 6). In most developed nations, the average age is 10 or above. But EBV infection can occur at any age.

When the first EBV infection occurs after age 4, the mono constellation of symptoms is likely.

Classic mono usually begins with 2 to 5 days of feeling tired and under the weather, sometimes with a fever. This may even last a week or two. Then a sore throat develops with swollen glands in the neck and elsewhere. Fever and tiredness increase. Rashes and abdominal pain are common, especially in children. The rash is even more common if the child is treated with ampicillin. Some children also have a cough or runny nose.

Many people with EBV infection have only vague symptoms of a viral illness, or even no symptoms at all. The younger a child, the less likely classic mono is to be diagnosed.

EBV is contagious. The virus lives in the saliva, and can live for several hours outside the body. Kissing gets the notoriety as a means of infection, but sharing eating utensils, foods, drinks, and toys (in day care) are significant ways to transmit mono.

Live EBV is in the saliva for 6 months or more immediately after mono. But EBV remains in the body for the rest of the life. It reappears in the saliva periodically throughout life. On any given day, about 1 in 4 people who once had mono will have EBV in their saliva.

EBV can also be spread through sexual contact and through blood transfusions.

The virus usually multiplies silently in the body for 30 to 50 days after infection. Once the fever appears, it often lasts for a week or two. If there are no complications, the major symptoms usually last for 2 to 4 weeks, and then gradually resolve. Some continue to have fatigue for months or even years after the infection.

Mono is suspected based on the history and physical examination. The liver and spleen are often enlarged, in addition to the swollen glands the family may have noticed.

Mono is most often diagnosed with a blood test. Parents should know that the most common blood test for mono is usually negative in children under 4, even if they are actively infected. Also, the test is often negative during the first week of symptoms, at any age.

About 1 in 20 children with mono also have strep throat at the same time. Mono should be suspected if proven strep throat does not improve quickly with antibiotics.

The most feared complication of mono is rupture of the spleen. This usually follows a blunt blow to the belly. For this reason contact sports should be avoided for at least 2 to 3 weeks, and until the spleen is no longer swollen. (No riding motorcycles or skydiving either!)

Rest, fluids, and medicines to relieve symptoms are the mainstay of treatment. Aspirin should be avoided in children (Reye syndrome can follow mono).

Sometimes steroids are used to quickly relieve symptoms, but they should be used with caution because they also suppress the immune system.

Teaching your children to avoid sharing saliva (shared drinks, foods, utensils, or toys) is the best preventive measure. Still, almost all of us have been, or will be, infected with EBV.