Moles: A-to-Z Guide from Diagnosis to Treatment to Prevention

Parents need to know that most moles are benign, but that at least half of malignant melanomas appear in moles, some can occur during childhood. 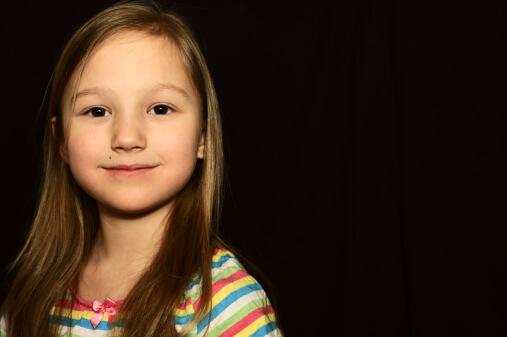 Parents need to know that most moles are benign, but that at least half of malignant melanomas do appear in moles. With some types of moles, this transformation into cancer often occurs during childhood.

When all the cells in a person do not have the same genetic make up, that person is said to be a “mosaic”. At some point in development, one cell mutates. All of its progeny will have the same DNA code — but that code will be different from the rest of the body. The timing in development when this mutation occurs will determine what proportions of the body have the two different types of DNA. All of us are mosaics to some degree. Mosaicism is the basis for most (if not all) birthmarks. It is the basis for moles and freckles. It is also the basis for tumors.

Moles or pigmented nevi are collections of pigmented cells in the skin. There are many specific types, but they are often divided into congenital (present at birth) and acquired nevi.

Acquired nevi are far more common. The number of moles gradually increases throughout childhood and rapidly during adolescence. By the end of adolescence, the average person has 20 to 40 moles.

Moles are more common in lighter skinned individuals. Sun exposure increases the number of moles. This is especially true of occasional, intense sun exposure and sunburns.

Moles come in a variety of shapes, sizes, textures, and sizes. They may be flat, bumpy, or dome-shaped. They may be tan, brown, black, or blue. Some are surrounded by pale halos.

Giant nevi are often nicknamed with descriptive terms according to the part of the body they cover (bathing-trunk nevus, coat-sleeve nevus, stocking nevus, cape-like nevus).

People with large or numerous moles have a higher risk of developing melanoma, one of several types of skin cancer. Danger signs that melanoma may be developing in a mole include rapid growth, crusting, bleeding, ulcers, and color changes. Malignant melanoma often has irregular borders and irregular coloring (with different shades of red or blue mixed in haphazardly with black, white, and/or brown).

The ABCDE’s of melanomas is a handy way to remember the warning signs of potentially cancerous evolution of moles.

A = Asymmetry. Moles should be symmetrical and any asymmetry warrants medical attention.
B = Borders. Moles should have even and smooth borders. Uneven, scalloped, or notched borders could signal melanoma.
C = Color. Moles are usually monochromatic. Having a variety of colors or atypical colors may be a sign of melanoma.
D = Diameter. Melanomas tend to be ¼ inch or greater. Large moles or enlarging moles could indicate the development of melanoma.
E = Evolving. A change in size, shape, color, or elevation – or any new symptom such as bleeding, itching or crusting – could be a sign of melanoma.

Moles last throughout childhood. They often fade and disappear in later life.

The diagnosis is based on the physical exam. Suspicious moles may need to be biopsied or removed.

Most moles do not need treatment. When they do, surgery and laser therapy are possible options.

Melanoma can arise in any mole, but during childhood the greatest risk is from giant congenital nevi. Melanoma will eventually occur in about 1 in 10 giant nevi. About half the time this happens before 5 years old. Giant nevi should be managed carefully – usually by a pediatrician, a dermatologist, and a plastic surgeon.

A study in the June 14th, 2000 issue of the Journal of the American Medical Association (JAMA) reported that sunscreen reduces the formation of moles in Caucasian children, especially children with freckles. The study included 458 white children. Parents of half the children were instructed to apply SPF 30 sunscreen to their children whenever they were expected to be in the sun for 30 minutes or more. These children were then followed for 3 years. They developed significantly fewer moles than their peers in the group who received no sunscreen instructions. Perhaps a longer study would have shown a protective effect in other children who don’t develop moles as quickly as fair-skinned children with freckles.

That sunscreen has the power to prevent them is good news. Applying sunscreen is a gift to children, but don’t let it lull you into a false sense of security.

Last medical review on: October 17, 2013
About the Author