Impetigo: A-to-Z Guide from Diagnosis to Treatment to Prevention 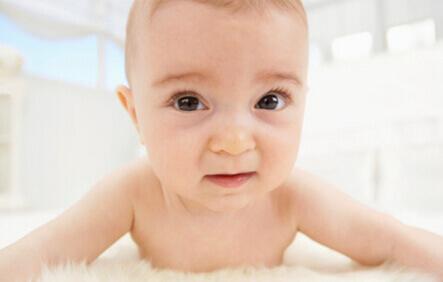 This thin armor can be breached by insect bites, by minor cuts and scrapes, by patches of eczema, or by chronically wet skin from hot muggy weather or hot clothes (diapers). Areas of skin that are red and inflamed, perhaps from rubbing, from a runny nose, or from drool, have a disrupted stratum corneum.
When bacteria enter the skin through a chink in this armor, an infection can result.

Impetigo is a contagious bacterial infection of the skin. Parents often describe it as a rash.

Two types of bacteria are the main culprits. Most of the time, streptococcus bacteria (the ones also responsible for strep throat and scarlet fever) or staphylococcus (staph) bacteria cause impetigo.

Impetigo is by far most common in infants and young children. They have more colds, more fingers in the nose, more small cuts and scrapes, and more insect bites – all allowing the bacteria to get in.

Children with eczema are even more prone to impetigo.

Chickenpox use to be a classic time to get impetigo, before the chickenpox vaccine. The pox provide a place for the bacteria to enter the skin and the scratching moves the bacteria inside. That’s one of the reasons why your mother told you not to scratch!

Fluid-filled blisters can form on the face, trunk, limbs, or in the diaper area. The blisters break and leak easily, leaving a thin rim of dead skin around a raw, moist sore that may form a scab. Staph is almost always the cause of bullous impetigo.

Impetigo without blisters is most common near the nose, mouth, or ears, but it can occur anywhere on the body. It usually begins as a small red patch or a pimple, which spreads to a larger honey-crusted sore. The infection can spread under the skin and pop up at distant sites. It can also spread to other parts of the body by fingers, clothes, or towels.

The staph usually comes from the nose. By contrast, the strep usually arrives on the skin first, causes impetigo, and then may cause strep throat or other strep infections (even kidney disease).

Impetigo is quite contagious. It can be spread by touch (contact transmission) and by shared objects, such as towels or washcloths (fomites). Impetigo is teeming with aggressive bacteria, but the bacteria cannot enter someone’s intact, healthy skin. Others can easily catch impetigo if the bacteria encounter a break in their stratum corneum.

Impetigo is contagious until the rash has disappeared, or until it has been treated with antibiotics for two days (with obvious improvement).

Children are no longer contagious after 48 hours of appropriate treatment. Treatment is often continued for 7-10 days, but most often the rash is no longer visible before then.

Impetigo is often diagnosed based on the history and physical exam. When there is a question, a culture from one of the sores can reveal the bacteria involved and help to guide treatment.

Gentle washing can help prevent spread and reoccurrence, but antibiotics are the mainstay of therapy.

Older children who suffer from frequent cases of impetigo may benefit from once a week baths in a tub filled with water and ¼ cup bleach. This may prevent recurrences.

Oral antibiotics are a faster and more reliable therapy in stubborn cases of impetigo. They are recommended if the impetigo appears widespread or deep, or if the topical antibiotic is likely to be licked off.

The best ways to prevent impetigo are to keep your child’s fingernails clipped and clean, and to teach your child not to scratch.

When cuts and scrapes do occur, wash them with soapy water and perhaps apply a dab of an over-the-counter topical antibacterial ointment.

Avoid contact with other people or objects that are contaminated with the bacteria that cause impetigo.