HIV: A-to-Z Guide from Diagnosis to Treatment to Prevention

The human immunodeficiency virus (HIV) attacks the body's ability to fight infections. HIV is a tragic illness that profoundly impacts everyone it touches. 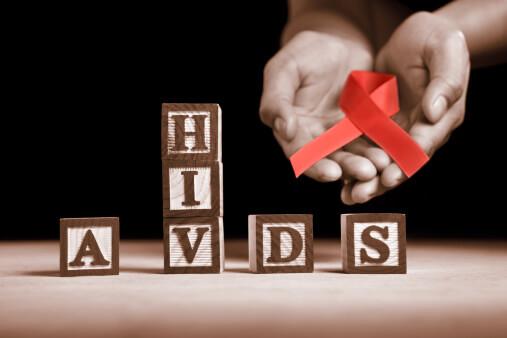 First the good news: Medical advances have made it possible to decrease the number of children who get AIDS. Nevertheless, HIV infection remains a devastating disease. In the United States, almost all young children who get HIV get it from their mothers. This double infection is more than twice as poignant.

The human immunodeficiency virus (HIV) attacks the body’s ability to fight off infections. The severity and time course of HIV can vary widely. Acquired immune deficiency syndrome (AIDS) is the severe end of the spectrum, when the HIV infection results in other serious infections.

HIV is a tragic illness that profoundly impacts everyone it touches. The one who is sick, loved ones, friends and contacts all deserve understanding and compassion. Unfortunately, misunderstanding abounds and interferes with everyone getting what they need.

Children who are impacted by the disease need to have HIV/AIDS clearly explained at their own level. At my son’s elementary school, one of the adults developed active AIDS. Understandably, this generated a great deal of concern from parents, and a great many questions from kids.

I was asked to come and speak to the kindergarten class about AIDS. At the time, they were studying ‘the town,’ so I decided to compare the human body to a town, with blood vessels as the roads connecting one place to another. I then explained the three main kinds of traffic in the blood – Red Blood Cells (RBC), White Blood Cells (WBC), and platelets. The RBC were the delivery trucks, taking oxygen and nutrients wherever needed. The WBC were the police, protecting the body from infection. Platelets were the repair trucks, fixing the roads (repairing the blood vessels).

Then we played a game. Each child got either a red, white, or brown piece of construction paper to hold as she/he circulated about the room. I announced that there was a cut, and a few of the RBC tumbled off the road as the platelets rushed to stop the flow. Next, cold germs invaded the nose, the police were called, and the WBC came and stopped the infection. Once the children understood this simple model of the body, they were ready to understand AIDS.

HIV is a virus that attacks the WBC. We introduced someone pretending to be HIV into our circulation, and many WBC were incapacitated. Then, when other germs attacked, the body got very sick, and eventually died. The children got the basic idea quite well. I explained that no true cure for AIDS has been discovered yet, but that there are ways to keep people much healthier much longer. We even talked about what a cure for AIDS might look like, and acted out some possibilities.

We then encouraged the children to ask whatever they were wondering about. When you explain HIV to your child, allow plenty of time for this. Honor questions. We always want our children to feel great about coming to us with their concerns. If a child asks a question, assume he/she is mature enough to hear an honest answer at the appropriate level.

The most urgent question for my son’s class was, “How do you get it?” The virus lives in blood and other body fluids. I explained that it is not easy to catch, that the virus has to get from an infected person into your blood stream in order for you to get sick. We talked about what it means to be safe and about not touching blood or stool. We did not talk about sex at that time, but I certainly would if they asked, or if it were a slightly older group. I did explain that people with AIDS need hugs.

In the end, these kindergarteners understood the basic facts about HIV/AIDS better than many adults. It was a magical time that forged a new closeness in the group and dispelled many fears. Years later they still talk about our time together, and continue to dream of ways to develop a cure!

Anyone can get HIV. In the United States almost all children who get HIV before puberty get it from their mothers, usually at or around the time of birth or through breast feeding. Children with HIV account for about 1% of all reported cases of HIV infection in the United States.

Adolescents are the fastest growing group of children with HIV in the United States. Sexual contact, needle use, and exposure to blood are the most common ways that they are infected. Given that HIV can hide in a teenager’s body for years without creating symptoms, asymptomatic infected teens may pass the infection on to others without even knowing they are infected. Currently, people 13 to 24 years old account for about half of all new cases of HIV infection in the United States.

The Centers for Disease Control has established categories of symptoms in children less than 13 years old with HIV infection:

Yes. HIV is usually spread through sexual contact, through exposure to blood, or from mother to child (usually around the time of birth or through breast feeding).

Once the HIV virus infects a person’s body, it will remain in that person’s body for life. Children who acquire HIV infection at birth develop symptoms an average of 1 to 2 years later. Without treatment, some children’s disease would progress rapidly, killing them before their first birthday. Most take a slower course and live for 5 years or more without treatment.

Treatment has been proven to make a huge difference! While we still have no cure for HIV and AIDS, following a child’s viral load (amount of virus in the blood plasma) and CD4+ count (a type of immune cell) can help to predict the time course. Those with high viral loads and low CD4+ counts tend to go downhill more quickly. It is unusual for those with low viral loads and high CD4+ counts to get sicker quickly. Most children can be treated to the point where the virus is almost undetectable.

Specific blood tests are used to diagnose HIV. At least 2 tests are needed for a definite laboratory diagnosis. If a child is born to an HIV-infected mother, to rule out HIV in the baby at least 2 negative tests are needed (with at least one of the tests occurring after 4 months of age).

HIV in children should be treated by specialists along with the child’s regular doctor. Combinations of antiretroviral medicines are often used. Careful monitoring and preventive care are important. Children also need early diagnosis and aggressive treatment of the other infections caused by the HIV. Antibiotics do not combat HIV directly, but can be helpful in preventing and treating other infections caused by the immunodeficiency.

Preventing spread from mother to child can usually be achieved by treating both the mother and the child with appropriate preventive medicine. If HIV is identified in the mother, and preventive treatment is given, the child has a better than 90 percent chance of not becoming infected (perhaps as high as 97 percent!).

Preventing HIV in teens means preventing sexual transmission and the exchange of blood and body fluids. Avoiding recreational drug use, especially needle-sharing, is crucial. Reducing the number of sexual partners, partners who use drugs, older partners, and avoiding all unprotected sex can reduce the risk of HIV.