Herpangina A-to-Z Guide from Diagnosis to Treatment to Prevention

Herpangina is the name of a painful mouth infection, usually with a fever. Almost all of the many viruses that cause it are coxsackieviruses. 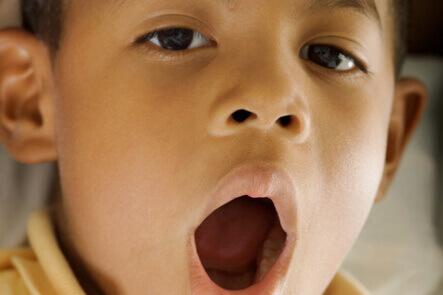 A mouth filled with painful blisters…This common infection can make kids miserable for the better part of a week.

Herpangina is the name of a painful mouth infection, usually with a fever. Even though the name sounds like herpes, almost all of the many viruses that cause it are coxsackieviruses or other enteroviruses—not herpesvirus.

Herpangina is most common among young children but can occur at any age. Once people have had a specific strain of coxsackievirus, they are generally immune, but they could become sick with one of the other strains. Most infections occur in the summer or early fall, with a peak from August to October in the northern hemisphere.

What are the symptoms of herpangina?

This illness starts abruptly, usually with a fever. Often the fever is high (103–104°F). Occasionally, children lose their sparkle (and appetite) a few hours before the fever begins. The mouth sores usually begin at the same time as the fever or shortly afterward. Children average about five blisters in the mouth. These blisters are surrounded by red rings and can occur in the back of the throat, on the roof of the mouth, on the tonsils, on the uvula, inside the cheeks, or on the tongue. The blisters may start as small red bumps and may go on to become ulcers after the blister stage. The illness usually lasts 3 to 6 days.

Almost all children with herpangina have a decreased appetite – swallowing may be very painful. Other symptoms might include headache, backache, runny nose, drooling, vomiting, or diarrhea. Children first become ill 4 to 6 days after being exposed.

Usually the diagnosis is made based on the history and physical exam. Because the syndrome is so specific, the diagnosis can be quite clear. Herpangina should be distinguished from other causes of mouth and throat infections, including strep throat and adenovirus. Season of the year, exposures in the community, incubation period, and specific symptoms can all be important clues. Lab tests are available for the coxsackieviruses and other enteroviruses, but they are not usually necessary.

Antibiotics do not help with herpangina. The important issues are getting children plenty of fluids, relieving their pain, and treating their other symptoms as appropriate.

How can herpangina be prevented?

Coxsackieviruses and other enteroviruses are present both in the stool and in the respiratory secretions. They can spread by fecal–oral transmission, droplet transmission, contact transmission, and by means of fomites. Hand cleansing —especially after diapering/toileting and before eating—can help reduce their spread. Children are often kept out of school or daycare for the first several days of the illness, but it is not clear this prevents others from becoming infected. Other children in the class are probably contagious even though they will never develop symptoms.