Giardia Lamblia: A-to-Z Guide from Diagnosis to Treatment to Prevention

Giardia Lamblia is a tiny single-celled parasite with a whip-like tail. It infects the GI tract of humans and many other mammals. 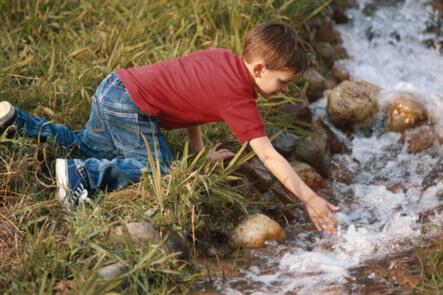 What do mountain streams and day-care centers have in common? They are both places where kids can catch Giardia.

What is giardia lamblia?

Giardia is a tiny single-celled parasite with a whip-like tail. It infects the GI tract of humans and many other mammals.

Who gets giardia lamblia?

Giardia occurs throughout the world. People can get it from drinking water contaminated with the stool of animals. It is also found commonly in day-care centers.

In some studies, up to 1 in 5 children had Giardia in their stools.

What are the symptoms of giardia lamblia?

Some children with Giardia have acute gastroenteritis, with abdominal pain and watery diarrhea.

Others have a prolonged illness, often with symptoms that come and go. They may have recurrent stomachaches, foul-smelling stools, increased gas, decreased appetite, anemia, or slow growth. Sometimes periods of constipation alternate with periods of diarrhea. The diarrhea generally does not contain blood, pus, or mucus. The diarrhea may be watery – but more often is thick and frequent.

Many people with Giardia have no symptoms at all.

Giardia is spread from person to person via the fecal-oral route. It commonly spreads through day-care centers. It has been known to spread when diapered toddlers swim in inadequately chlorinated pools or water parks. And Giardia can spread when the parasites get into food or drinking water, either from animal stools, or from food preparers who have not washed their hands adequately.

How long does giardia lamblia last?

Symptoms usually do not begin for 1 to 4 weeks after the person swallows the parasites. The infection may resolve on its own, or may persist until the person is treated.

How is giardia lamblia diagnosed?

The diagnosis is suspected based on the child’s story. It is confirmed by stool tests specifically looking for Giardia.

How is giardia lamblia treated?

Anti-parasite medications are used to treat the infection.

How can giardia lamblia be prevented?

Careful cleaning and hand washing, especially before preparing food, before eating, and after toileting or diapering can prevent many cases of Giardia – especially in day-care centers.

Children with diarrhea should be kept out of swimming pools.

Avoid drinking directly from lakes, rivers, or streams. Boiling the water first will kill the Giardia. Filtration and chlorination can also remove the parasites.