Food Poisoning: A-to-Z Guide from Diagnosis to Treatment to Prevention

Food can make us sick if it contains dangerous organisms or toxins. You might suspect food poisoning if several people who have eaten the same thing develop similar symptoms. 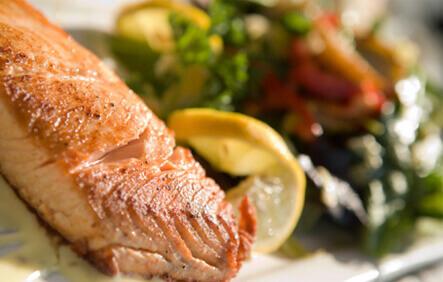 Eating is one of the great delights in life, but sometimes the food we eat makes us sick.

What is food poisoning?

Food can make us sick if it contains either dangerous organisms or toxins. Often the toxic food looks, smells, and tastes okay. You might suspect food poisoning if several people who have eaten the same thing develop similar symptoms, or if a child gets sick without being exposed to anyone else who is sick.
Common bacteria that cause food poisoning include Botulism, Campylobacter, Clostridium perfringens, E. coli, Salmonella, and Staph.
Norwalk virus is the most common virus that causes food poisoning.

Parasites in food can also cause infections, such as toxoplasmosis. People are more likely to get toxoplasmosis from contaminated food than from changing a litter box.
Toxin-caused food poisonings may be from mushrooms, solanine poisoning, or fish or shellfish poisoning.

Who gets food poisoning?

The type of food poisoning and who is most likely to get sick depends on the bacteria or toxin:

What are the symptoms of food poisoning?

The most common symptoms of food poisoning are abdominal cramps, accompanied by nausea, vomiting, diarrhea or fever (all attempts by the body to destroy or eliminate the poison).

The symptoms vary widely, depending on the organism or toxin. For further information, see the individual articles.

Some types of food poisoning are contagious through the fecal-oral route, if the hands are not washed properly before eating or handling food and after toileting or diapering.

How long does food poisoning last?

Staph food poisoning is one of the most common types. The symptoms usually begin quickly, within 6 hours of eating the contaminated food. They tend to last for about a day.

The length of food poisoning varies greatly. See the articles on individual poisons.

How is food poisoning diagnosed?

The diagnosis is often made based on the history and physical exam. Sometimes additional studies, such as of the stool or blood, are needed to confirm the diagnosis.

How is food poisoning treated?

Mild food poisoning is treated with rest and efforts to prevent or reduce dehydration.

If there is bloody diarrhea, severe diarrhea, worsening dehydration, or worrisome non-GI symptoms, or if the poisoning may have been caused by mushrooms or shellfish, contact your physician immediately. Other treatment may be necessary.

How can food poisoning be prevented?

Don’t select cans that are dented or swollen, or jars with loose or swollen lids. Don’t choose raw milk (unpasteurized milk) or cheese made from raw milk for children. Don’t feed them undercooked eggs, poultry, or meat.

Wash hands before preparing or serving foods. Have someone else prepare the food if you have cramps, nausea, vomiting, or diarrhea, or have sores on your hands.

When handling raw meat or poultry, consider them contaminated! Wash your hands and any surfaces they have touched before proceeding. Be sure that meats, eggs, and poultry are fully cooked and don’t interrupt cooking to finish it later. Don’t leave prepared foods unrefrigerated for more than two hours.

Teach your kids to wash their hands after toileting and before eating. Instant, alcohol-based hand cleansers can be great for this.

For more suggestions on preventing food poisoning, see the articles on individual poisons, and the article on fecal-oral transmission.