Often when parents bring a sick child to the doctor and hear, “It's just a virus,” the child has an enterovirus. 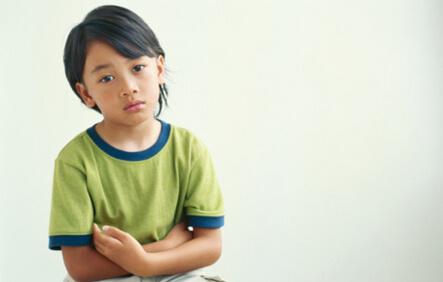 Often when parents bring a sick child to the doctor and hear, “It’s just a virus,” the child has an enterovirus.

Enteroviruses are a large family of viruses responsible for many infections in children. These viruses live in the intestinal tract, but can cause a wide variety of illnesses.

There are more than 70 different strains, which include the group A and group B coxsackieviruses, the echoviruses, the polioviruses, Hepatitis A virus, and several strains that just go by the name enterovirus. Even though there are many strains, most enterovirus illness is caused by about a dozen of them. Most children develop immunity to them and don’t get a strain more than once.

These viruses can live for days at room temperature. Refrigerating and freezing does not inactivate them. They are, however, easy to kill with heat and with disinfectants.

Non-polio enterovirus infections are very common, especially in young children and in households with young children. Summer camps and day care centers are also common places for these infections.

Enterovirus infections can happen any time of the year, but summer and early fall are the main enterovirus seasons.

Severe infections are more common among the immunocompromised.

What are the symptoms of enterovirus?

The most common illness associated with enteroviruses is “non-specific febrile illness.” Children with this type of illness have a fever and feel under the weather for around 3 days. Sometimes they have a fever for a couple of days, feel better, and then have another fever for a couple of days. Sometimes the fever is quite high. There may be loose stools, tummy aches, sore throats, headaches, muscle aches, vomiting – or nothing but a fever.

During enterovirus season, these viruses are the main cause of rash-illnesses in children.

Enteroviruses can also cause respiratory infections, including the common cold, sore throats, and pneumonia.

Enteroviruses can cause GI infections, including nausea, vomiting, abdominal pain, and hepatitis.

Enteroviruses can cause neurologic infections, including meningitis, encephalitis, and illnesses that cause paralysis. A recent study showed that some children who contracted a certain kind of central nervous system enterovirus infection were at higher risk for the development of ADHD.

The great majority of children with enterovirus infections have no symptoms at all.

Yes. These viruses are very contagious. They move from stool to skin to mouth. They may also be spread by the respiratory route. Because they can live so long on surfaces, they are often spread via infected objects (fomites).

How long does enterovirus last?

How is enterovirus diagnosed?

Enterovirus infections are usually suspected based on the history and physical exam. Enteroviral infections might easily be confused with other infections such as roseola or fifth disease. Throat, stool, or blood tests are among the tests sometimes needed to confirm the illness.

How is enterovirus treated?

For most children no treatment is needed, except to provide relief of bothersome symptoms.

Those with serious infections may need antiviral medications or IV treatments. Antibiotics are not useful for treating enteroviruses or other viral infections.

How can enterovirus be prevented?

Careful hand washing, especially after toileting or diapering and before eating, can prevent some cases of enterovirus.

The polio vaccine has eliminated that particular enterovirus infection from many countries.