Ear Infection: A-to-Z Guide from Diagnosis to Treatment to Prevention

Acute otitis media (AOM) refers to fluid in the middle ear accompanied by symptoms of an ear infection, such as pain, redness, or a bulging eardrum. 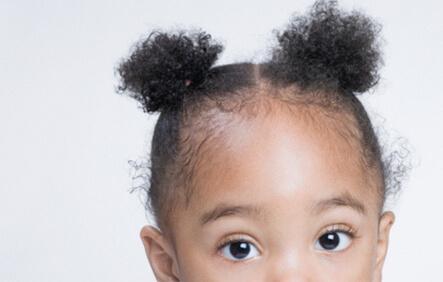 Many parents are familiar with being awoken by a crying baby with an ear infection. Ear infections are the most common reason that children take an extra trip to the doctor, take antibiotics, or even have surgery.

Even though ear tugging is one of the most common reasons that children are brought to the doctor, ear tugging is not a specific symptom of an ear infection. Young children like to tug on ears. They might tug more if there is fluid in the ear or if the ear feels funny. Nevertheless, careful research has verified that ear tugging by no means occurs exclusively in children with AOM. AOM hurts. Pain builds as pressure in the ear builds. It may go away and then come back. The pain is usually worse at night. In an older child, “My ear hurts!” is the most reliable symptom. In a younger child, the best clue is evidence of pain, such as crying, screaming, fussiness (worse when lying down), or sudden increased difficulty sleeping. Hearing is decreased and there may be a feeling of fullness in the affected ear. Again, an older child might comment on this; a younger one might shake his head or might give no sign of the fluid. One-third to one-half of children with ear infections develop fevers. Fevers are more common in infants and toddlers. Although there are many other causes, the combination of fever and pain is most often an ear infection in infants and toddlers. Some children with ear infections will have loose stools or vomiting or other symptoms of general illness. The symptoms listed above are even more suggestive if it is winter or if there is an obvious reason the Eustachian tube might be blocked (a cold or other upper respiratory infection, a change in elevation, exposure to cigarette smoke, or drinking a bottle lying on the back).

Once antibiotics are started, the symptoms should not continue to get worse. Fever and pain should be dramatically improved or gone within 48 to 72 hours. Painless fluid in the ear typically lasts for weeks or months following AOM, during which time the child’s hearing is decreased and the child is more vulnerable to another episode of AOM. Most children with AOM would also get better without antibiotics. The time frame described above is typically delayed by one day at every point for children who are untreated (unless they develop complications). Most do not develop complications. Meningitis is a rare complication that can begin as an untreated ear infection.

A skilled observer can make the diagnosis by looking in the ears with an otoscope. Ear infections tend to be over-diagnosed in young children with red eardrums. Eardrums can be red in AOM, but they can also be red from crying or from a fever. To confirm the presence of AOM, it is important to confirm the presence of fluid in the ear. This may be accomplished while looking in the ear with an otoscope by using a small rubber bulb to push air against the eardrum. Alternatively, this may be accomplished with automatic devices such as a tympanogram or an acoustic reflectometer. If there is a hole in the eardrum, fluid may be draining through the hole. When specific, accurate diagnosis is important, some of the infected fluid may be obtained with a swab (if there is already a hole) or with a needle (if the eardrum is intact). Culturing this fluid can pinpoint the species of bacteria involved and the best antibiotics for that particular strain. This is usually not necessary.

Many ear infections can resolve on their own, without antibiotics. Healthy, older children can often be treated with pain killers and close follow up. If symptoms are severe, persist, or worsen, then antibiotics are considered. For children who are young or at risk for complications, antibiotics may be indicated to speed recovery, reduce pain, and prevent complications. For children on antibiotics, if the child is not dramatically better within 48 to 72 hours, the antibiotics should be switched to something stronger. Beyond this, repeated changes or rounds of antibiotics are usually not helpful. Whether or not they are treated with antibiotics, children with AOM deserve something to alleviate their pain (though usually this should not be needed for more than 72 hours). Choices might include oral pain medicines, anesthetic eardrops, or warm compresses on the ear. Antihistamines, decongestants, and steroids have not been shown to be effective in treating AOM.