Down syndrome: A-to-Z Guide from Diagnosis to Treatment to Prevention 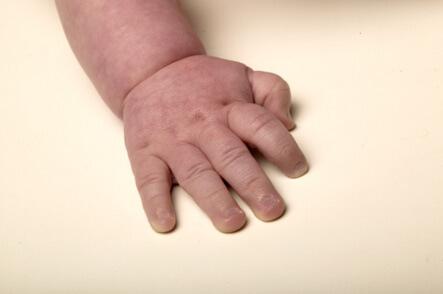 Introduction to Down syndrome:

Down syndrome is the most common chromosomal abnormality syndrome in humans.

Humans are built to have two sex chromosomes as well as two copies of each of the other 22 chromosomes. Sometimes when babies’ genetic material is being assembled, they get too much or too little of one chromosome or another. The most common chromosomal abnormalities are trisomies – 3 copies of one of the chromosomes. The most common of these is trisomy 21, or Down syndrome. Most of these children have 3 freestanding copies of chromosome 21; a few have the third copy mixed in with normal genetic material. The condition was first described by John Down almost 150 years ago. These children usually have decreased intelligence, but increased unselfconscious, openness, and affection. Children with Down syndrome face many medical and developmental problems. Nevertheless, many families report that the joys and rewards of having a child with Down syndrome in the family far outweigh the difficulties.

The risk of Down syndrome increases with the mother’s age. Under age 30, the risk is about 1 in 1500 births. Above age 35, the risk has increased to the degree that amniocentesis is often recommended to detect the syndrome. Still, the risk at age 35-39 is given as only 1 in 200 to 270 births. For all women over age 40, the combined risk is 1 in 60 to 85 births (specific risks are available by age).

Children with Down syndrome usually have a characteristic facial appearance, with up-slanting eyes, a flat bridge of the nose, and a relatively large tongue. Their muscle and ligament tone is often decreased. Developmental delays, ranging from mild to severe, are another common characteristic of Down syndrome. There are many other body systems that may be involved, and additional conditions may include thyroid problems, heart defects, diabetes, leukemia, and eye, ear, and neck problems.

Down syndrome is a lifelong condition.

Down syndrome is often diagnosed before birth by checking the baby’s chromosomes, either by amniocentesis or by chorionic villus sampling. Down syndrome may also be suspected from blood tests (low alpha fetoprotein, low unconjugated estriol, high hcg, and high inhibin-A – the quad screen, which is usually done between 15 and 20 weeks of pregnancy). This can detect close to 90 percent of babies with Down syndrome, but the false positive rate is high. Early ultrasound screening is becoming increasingly popular. An area of fluid under the skin behind a baby’s neck can be measured at 10-14 weeks. This measurement, called the nuchal translucency, has been found to be increased in babies with Down syndrome. Another ultrasound measurement is that of the nasal (nose) bone at 10-14 weeks. Down syndrome has been associated with babies with nasal bones that are missing or smaller than normal at 10-14 weeks. When these ultrasound screening tests are combined with blood tests, a detection rate of greater than 90% can be achieved. For high-risk pregnancies (such as maternal age over 35 years old), a newer screening tool that involves analyzing strands of fetal DNA in the mother’s blood may be done as early as 10 weeks into the pregnancy, and is up to 99% accurate. Ultrasound findings may also suggest Down syndrome. After a baby is born, the diagnosis is suspected by the characteristic physical examination. It is confirmed by checking the baby’s chromosomes.

Early intervention programs can be very instrumental in helping children with Down syndrome to reach their full potential. Careful ongoing medical care is also needed to address and treat the many complications of this syndrome. There is no treatment for the underlying chromosomal problem. Because parents of children with Down syndrome want so much for their children, they are sometimes sold products or treatments that sound too good to be true – and are. Not all of these therapies are benign. Work with your health care team to evaluate possible therapies and make wise decisions based on the best that we know about the condition.