Diphtheria: A-to-Z Guide from Diagnosis to Treatment to Prevention

Once called “the strangling angel of children,” diphtheria was a dreaded common childhood illness before modern medicine made it a rarity. 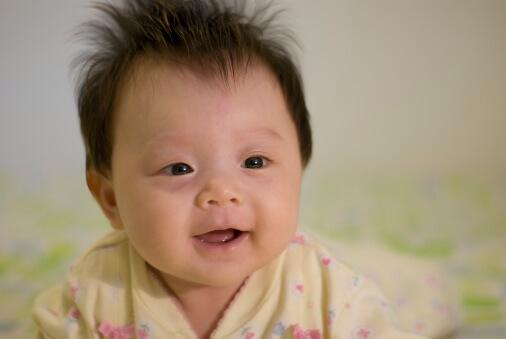 Once called “the strangling angel of children,” diphtheria was a dreaded common childhood illness for more than 2,000 years before modern medicine made it a rarity. In areas where diphtheria vaccination is uncommon, diphtheria would meet the criteria to be a powerful weapon of bioterrorism. It has many similarities to anthrax.

Diphtheria is a bacterial illness that has been known to plague children since the 4th century B.C. The bacteria can cause inhalational or cutaneous forms of the disease. They can also enter the body through the eyes, ears, or genitals.

The bacteria multiply and produce a powerful toxin that causes tissue death in the immediate vicinity. In some cases the toxin may be pumped throughout the body in the blood vessels or lymph system.

Behring’s discovery of antitoxin, a little more than a hundred years ago, was one of the most dramatic successes of any single treatment in history. In the country of Germany alone, it saved 45,000 lives every year.

It is most common in those who are not immunized or who are partially immunized. In the United States, most diphtheria occurs in adults, because almost half of the adults are not adequately immunized.

Diphtheria remains common in many areas of Africa, Asia, and South America. After the break-up of the former Soviet Union, deadly epidemics of diphtheria began ravaging many of new independent states and advancing on into Eastern Europe. In some areas, the fatality rate among those infected has been higher than 20 percent.

Epidemics are most common in areas that have crowded living conditions. They tend to occur in the autumn and winter, but can happen at any time especially in this age of global air travel.

Diphtheria causes disease only in humans.

What are the symptoms of diphtheria?

The symptoms depend on where in the body the bacteria entered and on whether or not diphtheria toxin has made it into the blood stream.

If the diphtheria is limited to the nose, it begins as a common cold. Soon, the nasal discharge turns to a foul-smelling pus that can erode the skin of the nose and upper lip. This form is most often seen in young babies.

If the bacteria land in the back of the throat (the most common spot), diphtheria causes a more serious disease. For the first day or two, it seems like a normal sore throat, with a low-grade fever. Treatment at this stage would be effective.

Meanwhile, the palate may become paralyzed, making it difficult to swallow or even to vomit.

Coma and death may occur within a week. In mild cases, the membrane sloughs off and the child returns to normal in a week or ten days – unless toxin has gotten elsewhere in the body, such as the heart or the brain.

If the bacteria first land in the larynx, diphtheria causes a severe form of croup. The cough is horrible.

On the skin, diphtheria usually begins with blisters that turn to painful open sores that then form a membrane. And so on, and so on, depending on where the invasion takes hold.

Unlike anthrax, diphtheria is highly contagious. It may be spread by direct contact with someone who has diphtheria, or by a carrier. It can be carried in the nose, throat, or on the skin. Skin carriers appear to be the most dangerous.

Respiratory droplets can spread diphtheria when someone coughs, sneezes, laughs, or even just talks.

Diphtheria can also travel on fomites or in the food supply.

How long does diphtheria last?

Usually the matter is settled, one way or the other, in 7 to 10 days. Sometimes there are lasting complications such as arthritis, paralysis, or brain damage.

Cutaneous diphtheria is not as serious as other forms, but it usually takes up to 3 months to recover – and sometimes a year or more.

If diphtheria is suspected, it can be cultured from the nose, throat, skin, or genitals. Many laboratories in Europe routinely culture all throat swabs for diphtheria. Rapid tests are also available.

If it is suspected based on the history and physical exam, treatment should be initiated immediately, without waiting for test results.

How is diphtheria treated?

Antitoxin and diphtheria antibiotics should be given immediately. Skin lesions need to be thoroughly and carefully cleaned. Other treatment will depend on the clinical status of the victim. It may be minimal or critical care may be required. Most need tube feedings and frequent suctioning. Some need a tracheostomy.

Strict bed rest is recommended for all those with diphtheria for at least 2 or 3 weeks, with heart monitoring at least several times a week for a month or more to detect any damage to the heart.

Most people who recover from diphtheria do not develop immunity! They need to be immunized soon after recovery.

The diphtheria vaccine is stunningly successful at preventing diphtheria, if people’s vaccines remain current. The vaccine is against the toxin. Therefore, fully immunized children might still get or carry the bacteria, but the risk of illness is minimal.

According to the CDC, between 2004 and 2008, there were zero cases of diphtheria in the US! In most years, now, there are fewer than 5 cases. What a victory over the “strangling angel of children.” This is primarily because most children have had shots to protect them. Diphtheria isn’t gone, but most children are ready for it if they are exposed.

Up to half of adults, though, are vulnerable if exposed. A booster is needed every ten years to keep immunity high. Whenever you get an adult-type tetanus shot, you are also getting your diphtheria booster (the ‘d’ in dT or TdaP). This is especially important before travel to areas where diphtheria is common.