Coxsackievirus A-to-Z Guide from Diagnosis to Treatment to Prevention

A variety of different-appearing illnesses can be caused by coxsackieviruse, a family of enteroviruses that can cause symptoms throughout the body. 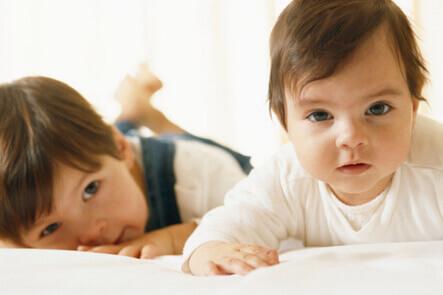 Late summer or early fall…It’s not yet cold or flu season, but your child is sick. Consider coxsackievirus. Even though it is a very common cause of infection in children, it gets little attention. It’s often the culprit when parents leave a doctor’s appointment without knowing what disease their child has.

A surprising variety of different-appearing illnesses can be caused by the coxsackieviruses, a family of enteroviruses. These viruses share in common that they infect the human intestines (and stool), but they can cause symptoms throughout the body.

Coxsackievirus infections are most common in young children but are seen with some frequency up until puberty. Adults can be infected, but this is much less common. Once people have had a specific strain of coxsackievirus, they are generally immune, but they could become sick with one of the other strains. About a half-dozen strains are responsible for most human coxsackievirus illness. Most infections occur in the summer or early fall, with a peak from August to October in the northern hemisphere.

Several other types of coxsackievirus infections are quite common. Most of them sometimes come with a rash or exanthem. They all have a short incubation period, 4 to 6 days from the time of exposure to the beginning of symptoms:

Nonspecific fever. Kids infected with coxsackievirus usually develop a sudden fever that lasts about 3 days. Sometimes the fever comes in two waves—it is there for a day or so, disappears for a couple of days, and then returns for about 3 days. Some children also complain of headache, muscle ache, scratchy throat, or decreased appetite. Sometimes they have loose stools, or even a little vomiting, but apart from the fever, the other symptoms are usually vague. The entire illness tends to last from 1 to 6 days.

Herpangina. This painful infection of the mouth is most often caused by coxsackieviruses. The main symptoms are blisters in the mouth and a fever. It usually lasts 3 to 6 days.

Respiratory Infection. When these viruses get in the respiratory tract, they can show up in a variety of ways, including colds, croup, bronchitis, pneumonia, infectious asthma (short-term wheezing), or stabbing chest pain with deep breathing. Most illnesses last 3 to 6 days and are accompanied by a fever.

Gastrointestinal Infection. Sometimes vomiting, diarrhea, or abdominal pain is the main feature of coxsackievirus infection. The diarrhea is not bloody and is usually not watery. Typically, kids have six to eight loose stools a day. Most illnesses last 3 to 6 days and are accompanied by a fever.

Infection With No Symptoms. Many children infected with coxsackievirus have no symptoms at all. Nevertheless, these children can continue to shed virus in their stools for months.

Other. Less commonly, coxsackieviruses can cause infections of the muscles, joints, heart, testes, nerves, or brain. Even though these infections are more severe, most children recover completely.

How is coxsackievirus diagnosed?

Usually the diagnosis is made based on the history and physical exam. Because the symptoms are so varied, diagnosis can be quite difficult. Season of the year, exposures in the community, incubation period, and specific symptoms sometimes make it clear. Lab tests are available for the coxsackieviruses and other enteroviruses, but they are not usually necessary.

How is coxsackievirus treated?

Antibiotics do not help with coxsackievirus infections. The important issues are getting children plenty of fluids, relieving their pain, and treating their other symptoms as appropriate.

How can coxsackievirus be prevented?

Coxsackieviruses are present both in the stool and in the respiratory secretions. They can spread by fecal–oral transmission, droplet transmission, and by contact transmission. Hand cleansing—especially after diapering/toileting and before eating—can help reduce their spread. Children are often kept out of school or daycare for the first several days of the illness, but it is not clear this prevents others from becoming infected. Other children in the class are probably contagious even though they will never develop symptoms.