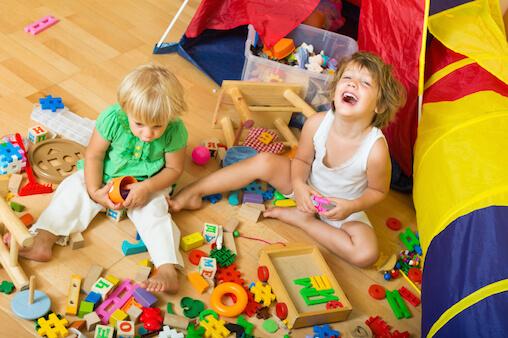 Sometimes a touch can bring more than you expect—from head lice to herpes to impetigo. Understanding how diseases can spread makes them easier to prevent.

Conjunctivitis, or “pink eye,” is commonly spread by touch. Other examples include Respiratory syncytial virus (RSV) , shingles, and Ebola.

Most germs have to enter the mouth, nose, or eye to cause an infection, but there are several that can spread directly from skin to skin. Skin-to-skin transmission occurs when bacteria, viruses, or parasites found on the skin of one child (or animal) are “caught” by another child through touch.

Intact skin is a powerful, protective barrier. Bacterial infections, such as the staph or strep that cause the rash of impetigo, usually spread only if there is a break in the skin, perhaps from an insect bite, a scratch, or repeatedly wiping the irritated skin under an ongoing runny nose. The same tends to be true for viral infections, such as herpes simplex.

Superficial fungal or yeast infections might spread in the absence of a break in the skin—especially where the skin is warm, moist, and dark (like the diaper area).

Parasites such as scabies or lice travel from child to child with ease. Sometimes they stop on a hairbrush or hat along the way.

Some infections can spread by contact transmission in at least some cases, including:

Specific prevention measures are described in the articles about some of the individual conditions spread by contact transmission. When practical, avoiding direct contact with infected children is the general key—especially when there is a break in the skin. In addition, hand cleansing and surface disinfecting can interrupt some disease transmission. Also, it is generally wise for children to avoid sharing hairbrushes, combs, and hats.