Cerebral Palsy: A-to-Z Guide from Diagnosis to Treatment to Prevention

Cerebral palsy can have a broad range of severity. By definition, though, the brain damage that causes CP does not continue to get worse over time. 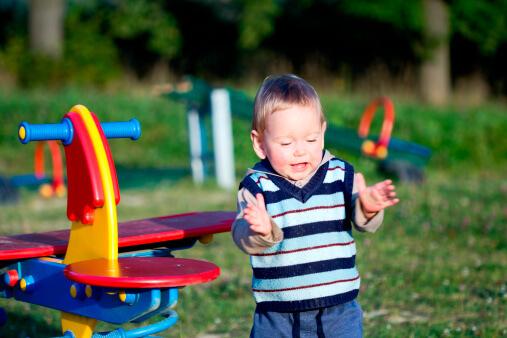 When parents hear the words “cerebral palsy,” it often conjures up an image of a twisted, wheel chair-bound child. Cerebral palsy can have a broad range of severity. Sometimes it is so mild that it doesn’t limit activity at all. Sometimes it is quite severe. By definition, though, the brain damage that causes CP does not continue to get worse over time.

Cerebral palsy, or static encephalopathy, is a condition where non-progressive damage to the brain results in a disorder of posture or movement. CP may be accompanied by seizures or by problems with vision, speech, or intellect.

CP affects about one or two in 500 kids. When it was first described more than a century ago, CP was felt to be the result of birth trauma or inadequate oxygen during delivery. Physicians expected that as obstetric care improved, CP would disappear. However, great improvements in obstetric care have not reduced the rate of CP.

Current theories suggest that usually the CP causes difficult births, rather than the other way around. Often congenital anomalies or infections are clearly present before birth. The child with CP may have had a stroke before birth.

The CP might be isolated, or might be associated with other problems (seizures, vision, hearing, speech, behavior, attention, intellect) that cause more problems than the CP itself. CP can also predispose to urinary tract infections.

CP is not spread from person to person. However, intrauterine infections can lead to CP.

By definition, the brain damage that results in CP does not get better or worse with time. Complications arising from decreased use of the limbs can progress.

CP is suggested by findings on the physical examination. It is important to verify that these findings are not caused by any progressive or degenerative disorder, tumor, or muscle problem. A variety of tests, including CT, MRI, EEG, vision, and hearing tests may be used to define the scope of the problem.

CP is best treated with a multi-disciplinary team. The team might include physicians, an occupational therapist, physical therapist, speech therapist, psychologist, ophthalmologist, or audiologist. Therapy is tailored to the individual child’s needs.

A variety of medicines might be used to reduce spasticity, unwanted movements, or seizures. Surgery is sometimes needed to remove contractures.

Preventing birth trauma may prevent a few cases of CP, but this is by no means reliable. Preventing and rapidly treating maternal infections is probably more effective.