Breath-Holding: A-to-Z Guide from Diagnosis to Treatment to Prevention

Breath-holding spells are perhaps the most frightening of the common, benign behaviors of childhood. Desperate parents often want to do something. 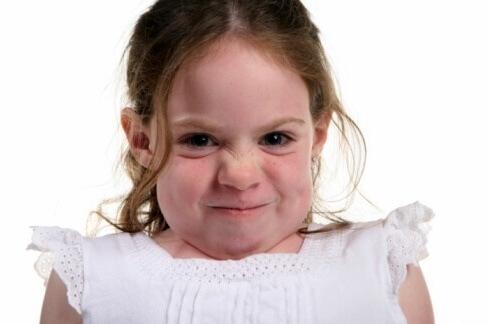 Breath-holding spells shine a brilliant spotlight on one of the biggest challenges of parenting. We do not like to disappoint the little children that we love so much. Moreover, we don’t want to get into yet another battle with our children — in the short run it is usually easier to give in to a tantrum than to do what we instinctively feel is best. For parents of breath-holding children, this crucial struggle of parenthood is powerfully amplified.

Breath-holding spells are perhaps the most frightening of the common, benign behaviors of childhood. Desperate parents often want to splash cold water on the child’s face, start mouth-to-mouth resuscitation, or even begin CPR.

These spells are usually triggered by the child’s not getting her own way. They can be an attempt to exert control on the circumstances around her. In these cases, the child typically turns blue or purple during a crying episode.

There is another, far less common, type of breath-holding spell, where the child turns deathly pale instead of blue or purple. These pallid spells are involuntary and unpredictable. They are brought on by a sudden startle, such as falling and striking the head.

There is an even less common type of breath-holding spell associated with a rare genetic condition called familial dysautonomia; these involuntary spells occur in children who are already acting seriously ill.

Breath-holding spells occur in about 1 in 20 children.

The spells occur sporadically, but when they do occur, it is not uncommon for there to be several spells within a single day. Once parents have witnessed one breath-holding spell, they can often predict when another one is about to happen.

This is a typical scene: A little child is playing happily, something upsets her, she exhales forcefully with a brief, shrill cry — but she doesn’t take another breath. You wait, but she still doesn’t breathe. She looks as if she’s crying, but no sound emerges. She begins to turn blue, her face strained, and still she is not breathing. Now she is unconscious, unresponsive, limp, and limp; the sight of her lifeless body is terrifying. Now her back arches and her blue arms and legs begin to jerk uncontrollably. Your heart is pounding, frantic…

Thankfully, breath-holding spells resolve spontaneously soon after the child passes out, and unless the fall hurts the child, she will be fine afterwards. The spell usually resolves within 30 to 60 seconds, with the child catching her breath and starting to cry or scream. Sometimes children will have real seizures as part of breath-holding spells, but these brief seizures are not harmful and there is no increased risk of the child’s developing a seizure disorder.

Breath-holding is quite rare before 6 months of age. It peaks as children enter the twos, and disappears finally by about age five.

The first time a spell occurs, the parents should have the child examined by a doctor. Because breath-holding spells do share several features in common with seizure disorders, the two are often confused. In epileptic seizures, a child may turn blue, but it will be during or after the seizure, not before.

If your doctor confirms that the event was indeed a breath-holding spell, it is a good idea to check for anemia.

Treating the anemia, if present, will often decrease the frequency of passing out.

The parents’ most important job, however, is not to reinforce the breath-holding behavior. A parent reinforces this behavior by bending to the child’s will or by paying more attention to her when she has these spells.

Instead, if you are certain she hasn’t choked on something, place her in a safe spot (without giving in to whatever she held her breath to achieve) without appearing flustered or panicky.

Some breath-holding spells are also treated with medications.

If the spells are frequent or severe, preventive medications may be prescribed for some types of breath holding.

Most would expect that a breath-holding spell would be difficult. Most are surprised, however, to find that in many ways, the biggest challenge is life between spells. Parents become timid about setting limits or disappointing their children because of the very real possibility of provoking another spell. For all of us, love consists of having the courage to act in spite of our fear.