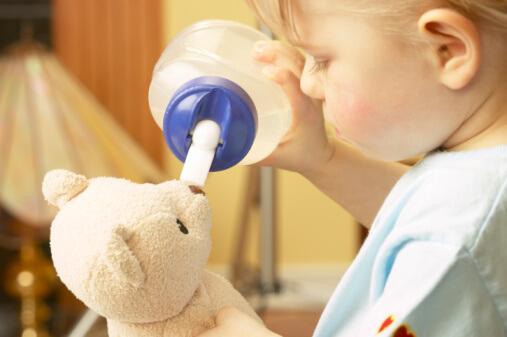 The scholar’s story is one of emotional and intellectual growth. Behind the scenes, your baby is gaining, not just strength and coordination, but a deep understanding of the way things work. While babies are learning to sit, for instance, they also learn to intuitively judge the speed of an approaching object, factor in its acceleration or deceleration, instinctively calculate the correct time to collision, and blink at the perfect moment. Sitting is not just a physical skill. It is a mental chess match, a physics course, and a rewiring of the reflexes on an unconscious level.

Around the time that babies are sitting up, they also may begin to get upset when others come too close–even regular babysitters, grandparents, or one of their parents. At about the same time, many babies begin to fuss and cry whenever you leave their sight.

Separation anxiety and stranger anxiety both coincide with a new intellectual skill called object permanence . Your baby now remembers objects and specific people who are not present. He doesn’t want a stranger, because the stranger is not you.

As with other parts of development, getting mobile changes the way babies think. Your baby was fascinated by her parents’ eyes in the first moments after birth. She is still fascinated by your eyes, but increasingly now in where your eyes are looking. Soon your baby is able to hold an image in her own mind of where things in the room are located, even without being able to see or hear them.

At the same time, her increasing skill with her fingers and thumbs leads her not just to handle objects, but to do things with them. She is eager to change and rearrange the world. She would like to experiment with crumpling paper rather than just touching it. She wants to put small objects in others, to move things around, to knock things over. She may push a car along the floor and then pick it up to peer at the wheels, pondering what makes it go. And then, of course, almost everything goes into her mouth.

As they begin to walk , a new depth of self-awareness emerges. Babies become fascinated with video images of themselves, as opposed to those of similar-looking babies. Mirrors hold new fascination for them as well.

Symbolic gestures begin during this period. A child will pick up an object, perhaps a remote control, and point it at the television to indicate that she knows its use. Putting a hat on her head and the telephone to her ear are all what we call early egocentric symbolic gestures – centered on her and her control of the world.

By a year and a half toddlers can link actions to solve a problem – using a stick to reach a toy. And before the second birthday scholars will demonstrate emotional, intellectual, imaginative, and social maturity through true symbolic actions, such as tenderly giving a bottle to a doll.

Read More from the Apprentice, Athlete, Scholar, Poet:
The Apprentice
The Athlete
The Scholar
The Poet
The Parent Detective

This is an excerpt from: The Experts’ Guide to the Baby Years