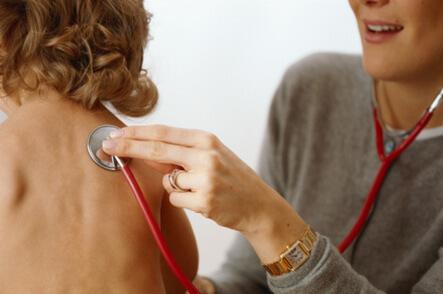 I’ve been asked by many parents, “What is the best antibiotic to have at home to treat children with anthrax?” Many have heard that the drug on everyone’s lips, Cipro, can have serious side effects in children. And what about the vaccine? What should parents do? What do you need to know about antibiotics for anthrax?

I’ve just returned home from Manhattan. During my stay, anthrax was discovered in New York. Ironically, I was speaking at the Healthy School Summit on anthrax, smallpox, and other bioterror agents when the news broke.

First, some background: anthrax is a bacterial infection, not a virus like smallpox. It is possible for it to be treated or prevented with common antibiotics if the illness is caught in time.

The anthrax bacteria turn into spores if the conditions are not right for the bacteria to thrive and grow (i.e., there is no susceptible person or animal available). Anthrax spores can live for 40 years, and are difficult to destroy. These spores can infect people or animals.

How the spores enter the body determines the form (and thus severity) of clinical anthrax. Spores entering through broken skin cause cutaneous anthrax, those that are eaten cause gastrointestinal anthrax, and those that are inhaled cause inhalational anthrax. The size of the spore might make it easier or harder to store, spread, or inhale – but it is all the same anthrax.

Throughout history, sheep, goats, and cattle have eaten these spores. Humans have become infected either through close contact with infected animals or by eating inadequately cooked meat from infected animals. Inhaling spores was rare.

The legendary chemist and microbiologist Louis Pasteur (as in pasteurization) developed an effective anthrax vaccine. At the time, the disease was devastating the sheep industry and the economy of France. Pasteur unveiled his vaccine to the world in a highly publicized demonstration at Pouilly-le-Fort, in May 1881. It was dramatically effective.

Today the biggest threat comes when people intentionally try to infect others. Anthrax is selected as a bioweapon because it is easy to obtain and because the inhaled form is highly lethal if untreated. Powder in the mail is relatively easy to accomplish. Turning it into an inhaled weapon of mass destruction would require tremendous skill and resources.

When you hear in the news that someone has tested positive to anthrax, this does not necessarily mean they have been infected or will become sick. Most of the time it just indicates that evidence has been found that the person has been exposed to the spore.

Between 8,000 and 40,000 spores are the minimum needed to cause an infection in a healthy person. It takes from 1 to 60 days for the spores to germinate and begin to cause disease. Oral antibiotics for anthrax taken after exposure can prevent this. Neither a positive nor a negative nasal swab test should be used to decide whether a person is treated. The test is used by public health officials to get an idea of the exposure radius. Everyone with a high likelihood of having been exposed will be treated.

For preventing anthrax infection, either oral Cipro or oral doxycycline is the agent of choice. Neither is used routinely in children. The Cipro can affect growing cartilage and ligaments, causing arthritis; the doxycycline can mottle the teeth. Nevertheless, in the event of actual anthrax exposure the benefits of using these antibiotics usually outweigh the risks. Other antibiotics such as high-dose penicillin, or even erythromycin might work. Cephalosporins such as Cefzil or Suprax are not recommended for anthrax.

For treating an inhalational infection, IV antibiotics for anthrax are required. There is also some evidence that giving the anthrax vaccine after exposure can help treatment. The vaccine is not available to the public at this time, except to individuals who have anthrax. Even if the vaccine were widely available, it is not clear that the benefits would outweigh the risks and side effects for most children.

Giving your child antibiotics for anthrax before anthrax exposure is not wise. Besides the specific, significant side effects of these antibiotics, they would probably leave children MORE susceptible to smallpox and other viral agents. In addition, if your children took them for two months, stopped, and then were exposed to anthrax, they would then be more susceptible to it than you would have been otherwise.

Even in the best of times, being a parent means moments of fear. Our children are such treasures. When people intentionally want to frighten and kill us, I believe parents feel it more acutely than most. Keeping perspective though, the risk of anthrax hurting your children remains much, much smaller than the everyday dangers of car crashes, skateboards, peanut butter sandwiches, or tumbles and falls. Our job as parents is to cherish our children, stay informed and prepared, and to face each day with courage, laugher, and lots of hugs.

Join us for the next several days for DrGreene’s discussion of smallpox, anthrax, and his surprising conclusions for children’s health.