America’s Children and the Environment: Measures of Contaminants, Body Burdens, and Illnesses 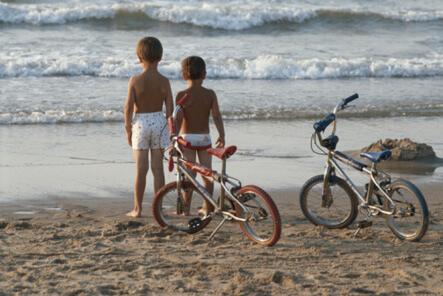 Thanks to legislation and public health efforts, exposures to lead and to second hand tobacco smoke are plummeting. The bad news? Asthma in children has more than doubled since 1980, something the report connects to air pollution. Mercury exposure is another air pollution related problem. The main source of mercury emissions is the burning of coal, mostly at electric power plants. These plants continue to spew mercury into the air everyday. This mercury gets into our water, our fish, and our children. According to the EPA report, about 8 percent of pregnant women have enough mercury in their bodies to significantly increase the risk of attention problems, fine motor problems, poor language, poor memory, and poor visual-spatial skills in their children. As little as one part per billion of methylmercury has been shown to cause harm. About half of today’s young women have this amount or more in their bodies – and transfer it to their babies. It’s time to take action now to limit mercury emissions for our children’s sakes. It’s also time to take action on toxic pesticides. The EPA would like to see pesticides with poor safety profiles phased out by 2008. Our children are young now. And the effects of pesticides can linger for years.

Current federal government regulations on pesticides may not adequately protect children. A report released in April 2000 by Congress’ investigative arm raised the concern that the current EPA standards do not account for children being more vulnerable than adults at the same level of pesticide exposure. Both their smaller size and their maturing organ systems put children at significantly higher risk. Levels set just by studying effects on adults are not adequate. Children deserve better. In this 2003 report the EPA begins to address this :

Contaminants in the environment can affect children quite differently than adults, both because children may be more highly exposed to contaminants and because they may be more vulnerable to the toxic effects of contaminants. Children generally eat more food, drink more water, and breathe more air relative to their size than adults do, and consequently may be exposed to relatively higher amounts of contaminants. Children’s normal activities, such as putting their hands in their mouths or playing on the ground, can result in exposures to contaminants that adults do not face. In addition, contaminants in the environment may affect children disproportionately because their immune defenses are not fully developed and their growing organs are more easily harmed.

They also say:
Children may be exposed to pesticides and other contaminants in their food and through day-to-day activities around the home. EPA regulates the amounts of pesticides in food, termed “residues,” through standards called “food tolerances.” A tolerance is a legal limit on the amount of pesticide residue in a particular food. Children’s exposures to pesticides may be higher than the exposures of most adults. Pound for pound, children generally eat more than adults, and they may be exposed more heavily to certain pesticides because they consume a diet different from that of adults. Among the agricultural commodities that are consumed by children in large amounts are apples, corn, oranges, rice, and wheat. Organophosphate pesticides frequently are applied to many of the foods important in children’s diets, and certain organophosphate pesticide residues can be detected in small quantities. When exposure to organophosphate pesticides is sufficiently high, they interfere with the proper functioning of the nervous system. (B. Eskenazi, A. Bradman and R. Castorina. 1999. Exposures of children to organophosphate pesticides and their potential adverse health effects. Environmental Health Perspectives 107 (Suppl. 3):409-19.) There are approximately 40 organophosphates, and as a group they account for approximately half of the insecticide use in the United States.