The Toll of Driving Drunk 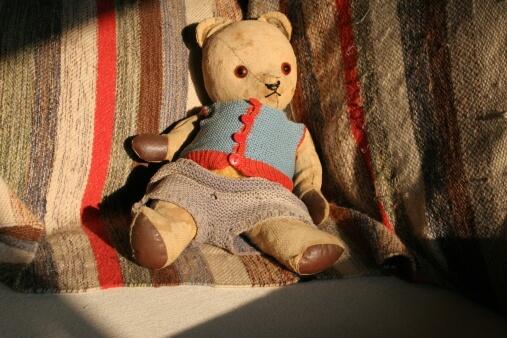 I wept again this morning when I stood with my family at the spot in our neighborhood where 7-year-old Alana Pack and her 10 year-old brother Troy were killed. This was an entirely preventable tragedy, but I can’t think of a single thing the parents or the children could have done to prevent it.

Alana and Troy were with their mother on a sidewalk near their home on their way to the local Cold Stone Creamery to celebrate with ice cream a warm October evening. Soccer season had ended the night before. Suddenly a gold Mercedes jumped the curb and struck both children on the sidewalk.

The car was driven by a 45-year old nanny whose license had been taken away for drunk driving. Alana died quickly; Troy, her only brother, died later at the hospital. The Packs went in a tragic moment from a picture book family to suddenly childless.

The woman who hit the children tried to drive away – over the children, but Mrs. Pack had the presence of mind to wrestle the keys away from her. The hit-and-run driver escaped nonetheless, by flagging down a passing car. She was captured after a 3-day statewide “man” hunt.

What can we learn from this exquisite pain?

The woman who struck the children had previously had her driving privileges suspended at least nine times, in more than one state. She had previously been put on probation for drunk driving, and had been sent to alcoholic rehab (twice). She was also on probation after having been found guilty of disorderly conduct while intoxicated. Clearly we need a system that won’t let people with this degree of impairment drive. And taking away the license is not enough to do this. At the minimum, real monitoring is required. And greater restriction, if monitoring is not practical. We want to help people get free of their dependencies, but at the same time protect the community from their lapses.

I expect that this woman never wanted to cause so much suffering. She may not have been able to see how seriously she was impaired. But I suspect that some of those who knew her were aware.

This is one situation where I hope we will be willing to be our brothers’ and our sisters’ keepers.

According to The National Highway Traffic Safety Administration (NHTSA), 17,419 people in the U.S. were killed in crashes involving alcohol in 2002 – an average of about one every half hour. The number continues to go up each year. On average, about 5,800 Americans were killed in combat each year during the ten years of the Vietnam War. The NHTSA reports that motor vehicle crashes remain the leading cause of death at all ages from 2 to 14 years old – more than half of them with vehicles where the driver had been drinking!

Standing with my family at the spontaneous collection of hundreds of flowers, notes, stuffed animals, candles, toys, baseball bats and soccer balls at the spot where the collision occurred, I felt like I was standing at an outpost of the Vietnam War Memorial in Washington, D.C. – a hallowed place that honors those who lost their lives and those left behind who mourn them.

Note: Mothers Against Drunk Driving has resources to help victims and their families and for those wanting to make a difference.