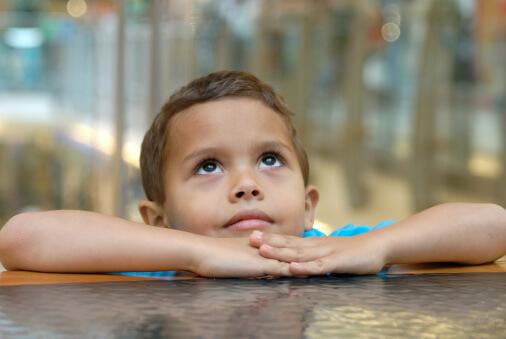 In just a few hours, I will be boarding another airplane. Typically, commercial airplanes fly at an altitude of about 38,000 feet. The cabin is pressurized to make it safe and comfortable at that extreme altitude – but this does not make breathing in an airplane the same as breathing on the ground. Most people are not surprised that the humidity and air pressure of airplane air decreases as the plane ascends. But that’s not all that changes.

At sea level, the air we breathe contains about 21 percent oxygen; on a typical commercial flight, the cabin air has only about 15 percent oxygen. The implications of decreasing the oxygen by one quarter are discussed in the November 2004 Thorax. Most people are unaware that the oxygen levels in their blood are lower when flying. Thankfully, most children have oxygen to spare and can tolerate this without trouble, but for some, the decrease is enough to cause significant problems. New recommendations for air travel were published by the British Thoracic Society in September 2004. When possible, healthy term babies should not fly in the first week of life. Premature babies who have had complications probably should not fly until 6 months after their due dates. Anyone who has been hospitalized within the last 6 weeks with respiratory problems should not fly without a pre-flight evaluation.

For children with specific conditions such as cystic fibrosis, sickle cell anemia, or Down syndrome, it’s important to at least talk with your doctor about the risks of flying. For children with any chronic lung disease, including asthma, this conversation is important. Most children should not fly if their asthma peak flow readings are in the red zone, if their oxygen saturation is not at least 95 percent, or if they can’t walk 150 yards comfortably. All those with asthma or respiratory illnesses should bring their inhalers or other medicines with them in their carry-on luggage. For most people, and especially for most children, flying is a very safe way to travel. More than one billion people travel by air each year.