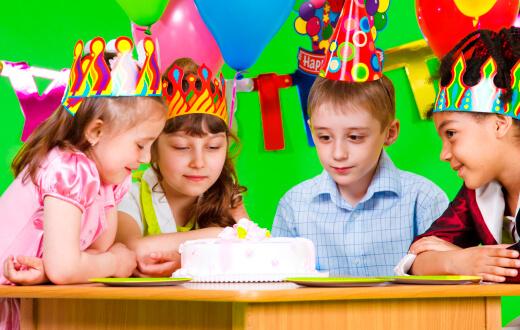 What a difference a day makes! Whether a child’s birthday is the day before or the day after cutoff date for kindergarten enrollment changes odds that the child will be diagnosed with Attention Deficit Hyperactivity Disorder. For kids born during the month before the cutoff date, the odds of being diagnosed with ADHD are as high as 1 in 12 – but drop to 1 in 20 for those born the following month according to a study by researchers at Michigan State University, consistent with other emerging research in this area.

The difference isn’t limited to those in kindergarten. Patterns of behavior and perception continue. In 5th grade, and even in 8th grade, the youngest children in the class are nearly twice as likely as their older classmates to be treated with prescription stimulants for ADHD.

What does this tell us about ADHD? About children? About schools?

I used to think that ADHD was just a problem of mismatched expectations. I’ve become convinced that it is a real neurologic condition – but this study underlines that our methods of diagnosis are very imprecise. The diagnosis is heavily influenced by forms filled out by parents and teachers. Teachers subjectively compare kids in the same class (and are far more likely to see attention, impulsivity, and hyperactivity problems in the younger students in the class). Parents usually report their experience with that child over time, perhaps comparing to other kids when they were at the same age; their forms don’t differ much depending on birth month.

Overall, about 20 percent of the ADHD diagnosed appears to be the result of relative age position in a class. This means that about 900,000 of the 4.5 million children in the US diagnosed with ADHD carry the diagnosis just because of their birthday. And hundreds of thousands of children are treated unnecessarily with daily medications that could raise their blood pressure, change their heartbeat, and decrease their height growth both while on the medication and after stopping (by ¾ inch during a two year study). And it means that we spend an extra $320 million to $500 million every year on these medications for children who are misdiagnosed.

Within a grade level, children sort out quickly; some are the tallest, some the shortest, the fastest, the strongest, the smartest, the best able to focus. But children grow and change so much from year to year. Which class they join could make a big difference on the roles they fulfill. For all children, and especially for those whose birthdays are close to the cutoff date, kindergarten readiness is important to consider.

For all children diagnosed with ADHD, and especially for those in the younger half of the class, it’s worth considering whether behavioral, sleep, exercise, or dietary approaches to improving focus and behavior may solve the problem – before resorting to prescription medications.

It can be great for children of different ages to spend time together at school. There were some advantages to the old one-room schoolhouses. But I’m intrigued by the idea of assigning kids to a particular classroom by birth date. As it stands now, in each classroom birthdays are usually randomly distributed throughout the year (and birthday celebrations in elementary school happen nearly every week). Your child might be in the same class with someone 11 ½ months older, though most will be closer to the middle.

What if, for a school with three classes of each elementary grade, each class had kids born during approximately a four-month stretch? It might mean the teacher could more easily tailor instruction to the kids in her class. Everyone in the class might learn better. Teachers might have more fun; kids too. Success might depend more on effort and ability than on quirks of the calendar. Average height might increase. And we might save half a billion dollars a year in ADHD medications with the stroke of a pen.

What has your experience been? Was your child young for his or her class? Did it make a difference?

Elder, TE. “The importance of relative standards in ADHD diagnoses: Evidence based on exact birth dates.” Journal of Health Economics. 2010.