90 Seconds to Change the World 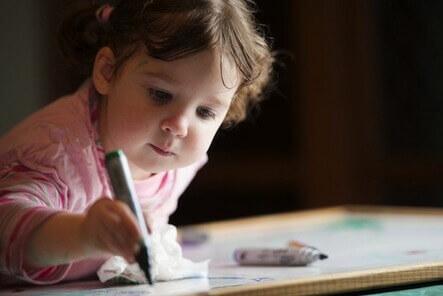 At the moment of birth, only about 2/3 of the baby’s blood is in the baby. The remaining third is still in the umbilical cord and placenta. During the third stage of labor, which lasts from the delivery of the baby to the delivery of the placenta, the cord actively pumps iron-rich, oxygen-rich, stem-cell-rich blood into the baby.

Unless the cord is clamped too quickly.

Immediately clamping the umbilical cord was popularized in 1913 as one of three pillars of active management of the third stage of labor. While this intervention began in the West, we exported this technique to developing nations around the world. Today, in some low-income countries as many as 95 percent of delivery clinicians surveyed practice immediate cord clamping.

Immediate cord clamping results in up to 10x the risk of developing iron deficiency anemia.

Anemia hinders a quarter of the global population, and is disproportionately concentrated in low-income groups. Iron deficiency is the leading cause of anemia – but with iron deficiency, anemia is just the tip of the iceberg. Even when iron deficiency is not severe enough to cause anemia, it has been linked to lasting damage to the developing brain. Infancy is thus both one of the most important as well as most common life cycle windows for iron deficiency.

What can we do? It’s simple – improve the health of billions by spreading an idea.

Wait 90 seconds – until the cord stops actively pumping fetal blood into the baby, unless there is a strong reason otherwise. This has been studied all over the world and has been shown to be both safe and effective at significantly reducing the risk of iron deficiency. Other benefits may include reducing birth asphyxia (inadequate oxygen to the brain) and cerebral palsy. The health benefits from receiving the cord’s pluripotent stem cells may be the most significant impact, but has yet to be understood.

Spreading an idea that makes intuitive sense, is cost effective and a simple first step to addressing a major global health problem.

The clock is ticking.

Dr. Greene is a practicing physician, author, national and international TEDx speaker, and global health advocate. He is a graduate of Princeton University and University of California San Francisco.
Get Dr. Greene's Pregnancy NewsletterSign up for Dr. Greene's FREE week-by-week newsletter, timed to your pregnancy to keep you up to date on every stage of your baby's development.
2 Comments
Erwin Alber on November 15, 2013

“Wait 90 seconds – until the cord stops actively pumping fetal blood into the baby,..”

What’s this 90 seconds business? What’s the hurry? Medical staff should observe the cord and not impose their own time limit on a natural event. Nature knows best!

The cord should in my estimation not be clamped until the placenta has been delivered. There is in fact no need to clamp the cord at all, as the cord dries and then falls off of its own accord after about two days (look up ‘Lotus Birth’). .

Thank you for the profoundly important message!